Canadian shipping emits 8 million tons of carbon dioxide a year. There is a better way

Despite these numbers, Canada has largely overlooked regulating greenhouse gas (GHG) emissions in the shipping industry, waiting instead for the International Maritime Organization (IMO) to set a framework for domestic and international emission reductions — something that has not been realized. The lack of such a framework sets Canada back in reaching its international emissions reduction commitments and increases the ongoing threats of climate change and threats to coastal communities and ocean health.

However, the report also shows that there is opportunity and imperative for significant emissions reductions domestically. About 10 per cent of the ships that spent most of their time in Canadian waters were responsible for 30 per cent of the country’s overall shipping-related CO2 emissions. National policy and regulatory tools could effectively reduce a significant portion of national emissions.

“If we’re going to reach our international commitments to reduce GHG emissions by 30 per cent by 2030, we need to use all of the national tools at our disposal. Canada needs to come up with a plan that includes targets and timelines for reducing absolute emissions, and incentives for using alternative fuels and technologies,” says WWF-Canada’s Andrew Dumbrille, lead specialist, marine shipping and conservation.

The report also outlines how to target these measures. Bulk carriers, containerships and cruise ships were the largest contributors to emissions. Some of these fleets are made up of older ships, which could be replaced by electric vessels or a combination of alternative fuels. Other measures, such as speed reductions, also lower GHG emissions and help prevent underwater noise and ship strikes, which remain significant threats to marine wildlife.

To meet national GHG reduction commitments, Canada’s energy transition needs to include all industry sectors, including shipping. The shipping industry has great potential to lead the way or get left behind. 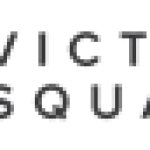 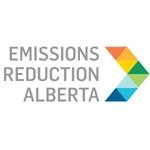