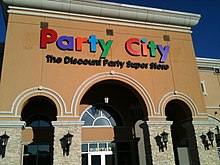 CBJ — Canadian Tire Corp. is acquiring 65 Party City stores across Canada for nearly $175 million in cash. The acquisition will broaden its retail reach and especially in connecting with millennial customers.

The business plan will be to add more stand-alone Party City stores as well as sell its products across 500 Canadian Tire retail stores and at Canadiantire.ca.

Canadian Tire estimates that it will be able to double Party City’s annual sales in Canada to $280 million by 2021.

Party City is an American publicly-traded retail of stores founded in 1986 by Steve Mandell in East Hanover, New Jersey. The sale only involves the Canadian division.  There are close to 900 stores in the U.S. in Mexico.