BEAMSVILLE, Ontario, Aug. 18, 2021 (GLOBE NEWSWIRE) — Since the proposed federal ban on flavoured vape products, interest in DIY (Do It Yourself) e-liquid has surged. Previously, 100,000 Canadians told the government that a flavour ban may push them back to smoking. Out of desperation to remain smoke-free, thousands of vapers have taken to internet forums to learn how to mix their own e-liquid. The Canadian Vaping Association (CVA) is concerned that inexperienced mixers may use harmful ingredients that pose a serious risk to their health.

This is referred to as the gray market because sourcing the raw materials will be legal and the materials easily accessible. Flavourings and glycerin will be easily acquired through grocery and baking supply stores and nicotine will be purchased online through foreign vendors. This is concerning because while e-liquid is simple to manufacture, not all flavourings or glycerin are safe for inhalation. Many easily accessible flavourings are sold for food flavouring purposes and contain oils, alcohols, and other additives that may cause serious illness or death if inhaled. Flavouring manufacturers are not required to disclose if the flavourings are oil, water, or alcohol soluble, nor are they aware that these products may be purchased for inhalation. If inhaled, oil and alcohol pose serious risks to health. The lung-illness outbreak (EVALI) was caused by illicit cannabis products that contained vitamin E acetate. Vitamin E acetate is oil based, similar to many of the food grade flavourings intended for baking. The EVALI outbreak should serve as a warning of the dangers of prohibition.

Though a lesser concern than oil based flavourings, most home mixers have not been trained in nicotine handling. Nicotine is available in various formats. Most often the nicotine purchased for DIY is diluted, but raw nicotine is also available to consumers. Raw nicotine has the potential to be lethal in sufficient quantities. A study found that of the DIY e-liquid provided for testing, 75% of the samples provided were within 20% of the intended concentration. Assuming home mixers intend to make standard concentrations, the risk is slight, however there is concern that primarily youth may attempt to make very high concentrations. Additionally, errors in calculating the amount of nicotine required are likely to cause illness.

Contraband tobacco, is for the most part, produced by large scale organizations. This is because tobacco plants can’t be easily grown in peoples’ homes, as where e-liquid can be easily produced through simple home set ups. In addition to the existing foreign channels, DIY mixers will inevitably begin to sell home-made products to others. It is very likely that a segment of the market will revert to home businesses comparable to the early days of the industry. The difference being that early e-liquid was produced by knowledgeable vaping enthusiasts. There is now an established market and demand that will get irresponsibly filled.

The youth market that purchased illicit THC pods was a small number in contrast to the tens of thousands that are likely to purchase flavouring for their e-liquid. The potential for a secondary EVALI and gray market in Canada is a dominating concern among vape manufacturers and shops. This inherent danger resonates in surveys where respondents openly state they intend to defy the law, and easily. When the national goal is to reduce harm, leaving these consumers without adequate products will potentially destroy the health of the many. The proposed regulations completely miss the mark.

“Though flavour restrictions have been proposed to protect youth, the black and gray markets make all Canadians more susceptible to harm. 45,000 Canadians will die this year of tobacco related disease and illness. Tobacco control has lost sight of its mandate to end the use of combustible tobacco. Restricting harm reduction products runs counter to smoking reduction efforts,” said Darryl Tempest, Executive Director of the CVA. 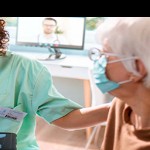 The rugged devices that are transforming Canada’s frontline industries