“Since its launch in 2014, Supply Line First World War Discovery Boxes have been borrowed more than 1,975 times,” said Caroline Dromaguet, Acting Director General of the Canadian War Museum. “We are pleased to introduce a new box that provides a tangible way for teachers and students across the country to imagine what Canadians would have experienced during the Second World War.”

Twenty fully bilingual Supply Line Second World War Discovery Boxes, suitable for Grades 4 and up, are available, free of charge, for two-week loans to schools across Canada who book them. Reservations for the first term opened on August 12. Bookings have been completely filled by schools in all regions of Canada for the first school term. Reservations for the second term will open on November 1.

Featuring resources similar to those of the First World War version of the program, the discovery boxes are packed with a wide range of hands-on objects and clothing (authentic artifacts and reproductions), photographs, documents, lesson plans and more which teachers and students can use to bring lessons to life.

New to the Second World War version of Supply Line are bilingual thematic packages available for download from the Canadian War Museum website. Using personal stories and primary sources, these packages expand upon material in the discovery boxes, giving students an eye-opening look at the different ways in which Canada and Canadians experienced the war.

In addition, 30 First World War Discovery Boxes will remain available, completing a suite of outstanding educational resources that helps bring history to life at schools across the country, and providing a new generation of Canadians with an interactive look at Canada’s wartime experiences and the high cost of global conflict.

The Supply Line Second World War Discovery Boxes are supported by the Crabtree Foundation and the Friends of the Canadian War Museum. 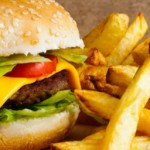 Yes, I Love Bacon, But Not That Much! 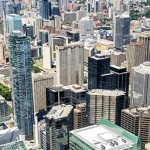