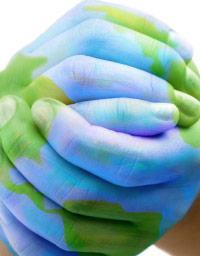 CBJ recently spoke with up with Len Shaw, the executive director of the Canadian Association of Recycling Industries (CARI). Read on to find out why he advocates, on behalf of the national association, as a registered lobbyist to raise awareness of issues within local, national and international arenas.

This body of representatives came together in solidarity and now leads the way for cost-savings and even takes part in high-level regulatory consultations. In the Canadian recycling industry, this Ajax-based national association is well-connected with its U.S. counterparts, speaking up on issues and providing hands-on toolkit solutions for all of its members.

It all began in 1941. Back then, the Canadian Government had sent out an urgent request to all Canadian recycling companies, asking them to unify their sector to collect and process used materials to help with the war effort. As a result, the Canadian Secondary Materials Association was born. It was later renamed the Canadian Association of Recycling Industries (CARI) in 1973. Today, its strategic approach is to promote the optimal net economic and social impacts from commercial recycling activities.

CARI is made up of about 256 companies and 35 branch plants, ranging from individual scrap collectors to large, capital-intensive processing plants—many of which are engaged in the recycling of all commodities, though most members are focused on metal recycling. Members range in size—from small-time contractors to large companies—and recycle all kinds of metals, plastics, computer electronics and even paper. But the vast majority are exclusively in metal recycling.
Smaller business owners see value is the association’s services that trim costs toolkit solutions, such as the safety and environment handbooks. Whereas, the larger companies see benefit in having an organization present their issues in one unified voice to lawmakers in Ottawa and Queen’s Park. It’s a real mix of advocacy work with toolbox solutions.

Other services include group rates for casualty and property insurance, health benefits, procurement, fuel or an energy purchasing program.  CARI also provides recycling companies, and those associated with the industry, the opportunity to exchange information of all types at meetings, social events, and through bulletins and the membership directory.

Redefining the meaning across the board

Generally speaking, the public and government officials openly support recycling. However, there is still misconception about what it actually is. Metal recycling is nothing new. In fact, it is in its sixth millennium. As soon as humankind discovered how to smelt copper, the first metal to be used, we started to recycle. Back in the Bronze Age, around 4,000 B.C., it was easier to re-melt a broken tool rather than to find and process the ore to make a new one.

Presently, about 50 per cent of Canada’s recycling happens across the industrial manufacturing belt in southern Ontario, and close to 80 per cent of that is from Hamilton to Oshawa. Any recyclable material has value, which is why it is often purchased, processed and re-circulated into the market. Take, for example, a fleece jacket or blanket that was once a plastic bottle (using chemical by-product otherwise known as a polymer or polyester). Unfortunately, this misunderstanding that the industry is part of the waste sector not only limits the proper support for recycling, but also places a stigma on to the recycling sector.

“Most people and the government officials think of the industry in terms of the supply side of the equation, but it’s a commodity; it’s a balanced supply and demand,” explains Len Shaw, executive director of the Canadian Association of Recycling Industries (CARI).

As a registered lobbyist with the Government of Canada, Shaw is deeply involved in the consultation process when both the federal and provincial government are drafting new rules in natural resources, international trade, environment, as well as national defence and industry issues. Here’s an excerpt from the recent interview George Media’s Antonia McGuire had with CARI’s executive director Len Shaw.

Antonia McGuire: What are some issues that you are bringing to the attention of regulators or lawmakers at the provincial and/or federal level?

Len Shaw: At the provincial level, we’re seeing a lot of what is called Extended Producer Responsibility.

AM: What does that mean?

LS:  It means the guys that make the products are responsible for seeing how the [materials] are sorted out at the end of product life. They may be recycled, reused, et cetera. The trouble is they have not focused these programs on the number one method to make products better from the perspective of end-of-life—that comes back to the designing products properly so they can completely recycled to avoid having many different materials in it. This is where the expertise of the products should be focused, never mind computer companies getting together trying to create a collective program after the fact. The focus is not on the right thing.

AM: What about issues at the national level?

LS: Federally, our biggest priority is to differentiate our sector from the waste industry. We’re in a secondary sector but it falls under the natural resources industry. It has all the benefits of not using up limited resources, it doesn’t create the same pollution, greatly reduces energy costs, saves greenhouse gases from being generated, creates a community and ten times the amount of jobs compared to the waste industry…or we’re considered part of other activities in other industries. It’s difficult for us to stand up like our counterparts in the mining industry and say “Hey, we have 3,000 companies across the company that employ 50,000 people with a contribution to the GDP as such,” because there are means to get that information to politicians.

AM: What’s your tally of industry numbers?

LS: (chuckles): It’s difficult to say because, basically, as I just mentioned we’ve got a several small companies across the countries. It could also be two guys in a pickup truck picking up materials. It’s all part of it and it’s very much a pyramid shape. The small guys feed the next ones up, and so on, right up to the largest at the top… so my rough guess is 2,500 companies and branch plants in Canada along with many, many small guys.

CARI and its members continue to promote the recycling industries and educate society about the real benefits.  When completely understood and supported the recycling sector with thrive, but society will benefit even more when the benefits of recycling can be maximized.

Moving forward, the organization’s focus will continue to be on expanding its membership in 2010. With his eyes on the numbers, Shaw sees the industry growing right across North America.