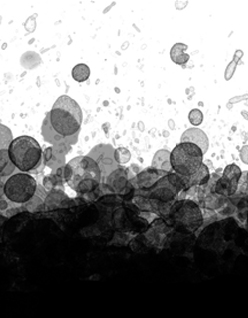 Who would have through that the desperate act of one fruit vendor in a small village in Tunisia would unleash a wave of revolution in countries across the Middle East and North Africa (MENA), toppling regimes and challenging the status quo. It serves as a reminder that unforeseen geopolitical events can quickly cloud the economic outlook, disrupt markets and propel oil prices higher.

To be sure, crude oil prices had been on a gradual upswing since early 2009 when the first green shoots of global recovery emerged. Prices began to rise more strongly in the final quarter of 2010 on the back of renewed optimism about global economic prospects, particularly in the United States, and strong demand from emerging-market economies. The slump in the U.S. dollar, which has made oil cheaper to buy for stronger-currency countries, has also driven prices higher. However, unrest in the MENA region, which produces more than one-third of the world’s oil, caused crude prices to soar. The North American benchmark, West Texas Intermediate (WTI), hit US$113 per barrel in early May, while its European counterpart, Brent crude, spiked to US$126 per barrel.

Since then, prices have receded some 20 per cent. The persistent European sovereign debt crisis, a string of weak U.S. data and investor worries that China’s economy may slow abruptly, have dimmed the global economic outlook and stoked demand worries. Oil prices also dropped following the surprise June 23rd announcement by the International Energy Agency (IEA) that its 28-member countries will release 2 million barrels per day from their emergency stockpiles over the next 30 days to offset disruptions prompted by Libya’s war, and ostensibly ensure adequate supply to refiners during the peak summer driving season. While 60 million barrels may be just a small fraction (2.2 per cent) of what the world consumes in a given month, the announcement sent a strong message that governments in the industrialized world stand ready to support the global economy.

Whether oil prices remain near current levels or spike remains to be seen. The markets greatest fear is that political upheaval may spread to major oil-producing nations like Saudi Arabia and Iran. If that were the case, oil prices could easily top 2008’s record-high of nearly US$150 per barrel. Indeed, oil prices could easily reach $250 a barrel tipping the global economy back into recession. Most analysts, however, do not foresee this as the most likely outcome.

We expect WTI to average US$95– $105 per barrel in the next couple of years, assuming no further escalation in geopolitical tensions. Prices in this range should have only a modest dampening impact on the global economy. Prices could fall below this range if steps taken by China and other fast-growing emerging market economies to temper their expansion and rein in inflationary pressures produce a ‘hard landing’, removing a crucial pillar of support for global oil demand and prices.

Persistently high crude oil prices impact the Canadian economy through a variety of channels, in both positive and negative ways.

As the world’s sixth largest producer of crude oil and a net exporter of the commodity, higher crude prices are a boom for Canada’s resource-rich provinces (notably Alberta, Saskatchewan, and Newfoundland & Labrador)—they stimulate production, investment, consumer spending, employment and wages. These provinces are projected to grow the fastest in 2011.

High oil prices can also dampen consumer confidence and crimp spending. If consumers are paying more for gasoline, heating oil and transportation services, they have less money to spend on clothing, dining out and going to the movies. Energy prices weigh most on low- and middle-income households who spend more than twice as much of their income on energy as do high income households.

Persistently high oil prices can lead consumers to seek higher wages. In turn, businesses may pass on the higher costs (labour and other input costs), spurring price increases for a broader range of goods and services. However, research by the Bank of Canada suggests that “there has been little evidence of such second-round effects in Canada in the past two decades.” Thus far in 2011, the core measure of inflation (which excludes items whose prices are highly volatile, including energy) has remained relative subdued (up 1.4 per cent) and inflation expectations are firmly anchored at around 2 per cent.

Finally, higher oil prices would be expected to lead initially to a weakening in the earnings of businesses producing energy-intensive output and in their market valuations. Conversely, it would boost profits at many energy companies. Because the Toronto Stock Exchange is heavily weighted towards energy stocks, many Canadian shareholders (including pensioners who own equity through RPPs, RRSPs and mutual funds) tend to benefit from a rise in oil prices.

In summary, rising crude oil prices impact consumers, businesses and investors in a variety of ways. To what extent depends on expectations of whether the price increase is transitory or more enduring.

The Bank of Canada has concluded that the net impact of higher oil prices on the Canadian economy is negative but “the impact is small, so their economic importance is limited, even for substantial oil price movements.”