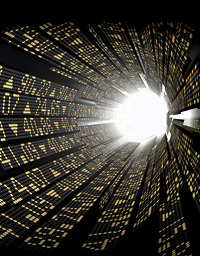 One adverse event after another has roiled financial markets, zapped confidence and created an air of uncertainty. As Shakespeare wrote, “When sorrows come, they come not single spies, but in battalions.” The world has witnessed political unrest in countries across the Middle East and North Africa, a spike in oil prices, supply chain disruptions from the Japanese earthquake, the escalation of the eurozone’s sovereign debt crisis, bitter political wrangling in Washington over the federal debt ceiling and Standard & Poor’s decision to downgrade U.S. government debt. Then came the rising drumbeat of weaker than expected economic data—in the second quarter, the U.S. economy grew just 1.3 per cent while Canada’s economy contracted by 0.4 per cent. The recovery in the eurozone has stalled. Emerging-market economies have maintained relatively strong growth but the battle against persistently high inflation, insufficient aggregate demand and weakness in major export markets are beginning to affect their growth as well.

Warning signs are flashing red. Christine Lagarde, Managing Director of the International Monetary Fund (IMF), said the “world is collectively suffering from a crisis of confidence” but “I believe there is a path to sustained recovery, much narrower than before, and getting narrower. To navigate it, we need strong political will across the world—leadership over brinksmanship, cooperation over competition, action over reaction.”

In Greece, the recession is deepening and the country’s economy is not expected to recover before 2013. Many of the fiscal and structural reforms agreed upon under the terms of the bailout program are proving difficult to implement. Growing civil unrest and labour strikes have paralyzed the nation’s economy. Many market participants believe that Greece will default; it’s just a matter of time.

Worries mount over the stability of European banks that hold large stocks of sovereign debt issued by the most fiscally fragile of eurozone countries. The 17-member eurozone approved an expanded mandate for the €440-billion European Financial Stability Facility (EFSF) to enable it to buy sovereign bonds of heavily indebted eurozone nations in the secondary market and recapitalize weak banks. While this is considered an important step in solving the region’s financial crisis, there is concern that the EFSF does not have enough firepower. Markets have speculated that at least €2.0 trillion will be needed to give the fund credibility.

The IMF’s managing director summed it up. In Europe “we need urgent and decisive action to remove the cloud of uncertainty hanging over banks and sovereigns. . . . Banks need urgent recapitalization. They must be strong enough to withstand the risks of sovereigns and weak growth. This is key to cutting the chains of contagion. . . . Europe needs a common vision for its future. The current economic turmoil has exposed some serious flaws in the architecture of the eurozone, flaws that threaten the sustainability of the entire project.”

The recovery in the U.S. has been slow and erratic. The U.S. unemployment rate remains persistently high. There are 14 million Americans looking for work. The average duration of unemployment has climbed from 17 weeks in mid-2008 to 40 weeks. Beyond the headline numbers, more than 8 million workers are classified as “part time for economic reasons” because their hours had been cut back or they were unable to find a full-time job.

The U.S. housing market remains in the doldrums. Nationally, house prices have fallen for six years and analysts expect further declines before prices bottom out. More than one in four homeowners has mortgages that are underwater—that is, their mortgage balance exceeds the current value of their home. With negative equity, many households cannot refinance their mortgages nor can they sell their home to pursue job opportunities elsewhere. Borrowers that are underwater, especially those out of work, are more likely to default on their mortgages and possibly face foreclosure. 2.5 million foreclosures were initiated in 2010 and a similar number is projected for 2011.

It is hardly surprising that in an environment of high unemployment, a beaten-down housing market, wild swings in the stock market and meager economic growth consumers are suffering from a crisis of confidence.

Business confidence has also been undermined amid uncertainty about the direction of government policy as it relates to employee health care cost, regulation and taxes. And if things were not bad enough, the fiasco that played out in Washington over the debt ceiling and the decision by Standard & Poor’s to downgrade America’s credit rating dealt a devastating blow to public confidence adding to the country’s economic malaise.

Canada Is Not Immune To Global Developments

The recent bout of negative global economic headlines and growing skepticism that policymakers will be able to stem the debt crisis and lay the foundation for a sustainable recovery are also weighing on consumer and business confidence in Canada.

To be sure, Canada is vulnerable to development abroad. Slower economic momentum in the U.S. will dampen export growth. Roughly 70 per cent of Canada’s merchandise exports are U.S. bound. The direct impact of weaker European growth on Canada is relatively modest—roughly nine per cent of Canadian exports are headed for Western Europe. However, indirect effects could be significant—loss of confidence, stock market volatility as investors become less tolerant to risk, tightening of financial conditions, and falling commodity prices as global economic growth slows.

In light of today’s challenges, the G20 nations must honour their pledge to do all that is necessary to ensure that banks are adequately capitalized and have sufficient access to funding to deal with current risks, and that they fully implement financial reforms—including Basel III capital measures—along the agreed timelines.

It is imperative that the G20 develop and communicate clear and credible medium-term strategies to stabilize and reduce deficits while being attentive to the implications of fiscal choices for the recovery in the near term.

The financial market will continue to swoon as panicked investors take flight, and consumer and business confidence will further deteriorate until there is some resolution to the public sector debt strains that are engulfing the eurozone and the U.S. The fiscal challenges are not insurmountable. The key is for policymakers to act with conviction and urgency.

In Canada, policymakers should always be looking for ways to enhance the flexibility of Canada’s economy and improve its dynamism and performance. We should break down all internal barriers to trade and labour mobility, remove work disincentives in the income-support system, eliminate burdensome regulatory procedures and minimize tax administration and compliance costs. We should continue to embrace a prudent fiscal framework, trade openness and a culture of innovation. This will ensure that Canada’s economy is able to adapt to changing circumstances and can withstand economic and financial shocks.