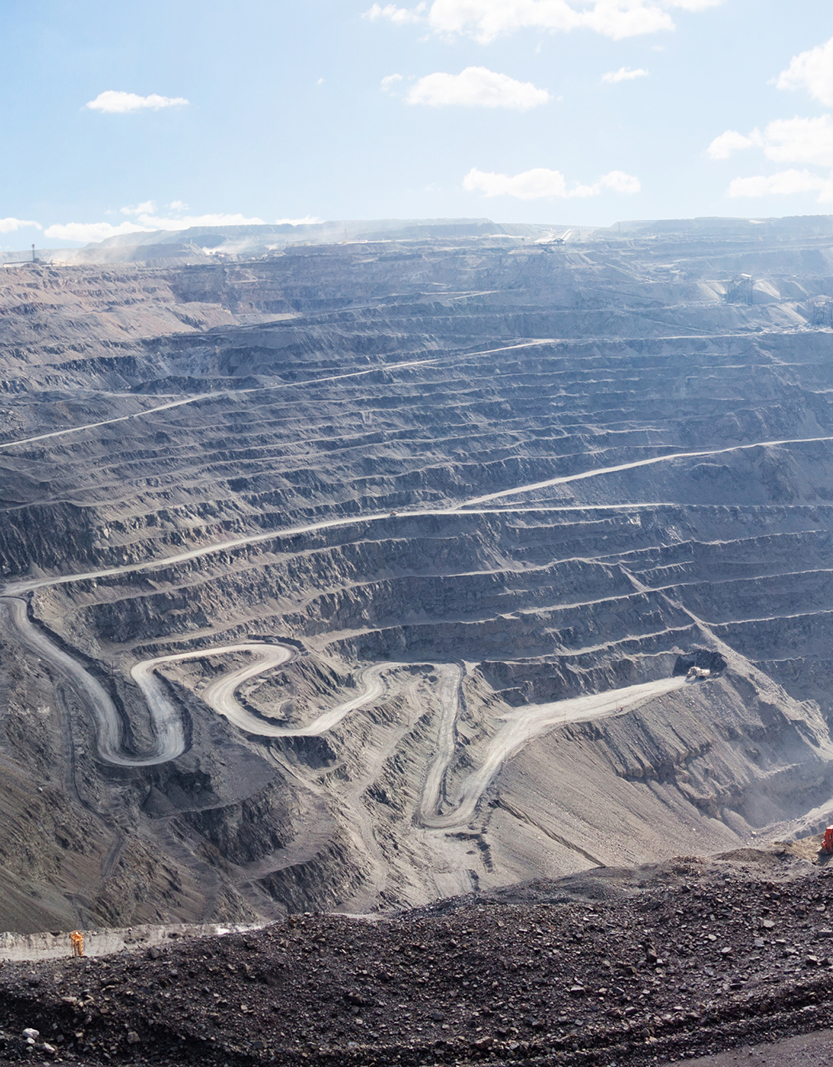 The Chamber advocates for improved and more efficient policy positions, lobbying the federal government while interacting with international organizations, the media and the general public. This is of immense interest and benefit to the mining and minerals sector.

Prior to joining The Chamber in August 2007, Beatty was the president and CEO of The Canadian Manufacturers and Exporters. In recent years he’s served on a number of Canadian government advisory committees covering issues that include border management, government operations, privacy and international trade. He’s a member of the board of directors of The Canadian International Council and in 2008 was named chancellor of the University of Ontario’s Institute of Technology. Beatty also served as a federal cabinet minister in the Canadian government for many years.

The Chamber report argues that while Canada has successfully transformed its resource advantage in metals and minerals into a competitive edge, the factors that made Canada the global leader in the sector need to be strengthened.

The Canadian Business Journal had the opportunity to speak with Beatty one-on-one following his speech where it was evident he’s extremely passionate about achieving the goals he’s set out for the Canadian business community. He was extremely amazed in how smoothly such a large convention as the PDAC is able to come together and had high praise for those behind it all – a testament to the hard work of its staff members, and led by executive director Ross Gallinger and president Glenn Nolan.

“This is a stunning conference,” Beatty states. “The logistics for 30,000 people travelling through Toronto and trying to pull that together with the number of deals being done; I imagine there are tens of millions of dollars of transactions taking place.”

Whether speaking with a delegate from Australia, Africa, Europe or South America, virtually everyone in attendance says the PDAC convention is the one to attend because it’s where so much international networking takes place and a number of deals get done. Beatty says there are two main reasons why the convention is so essential.

“First is obviously that it raises the profile in Canada of the mining industry and the important contribution that mining makes,” he says. “But beyond that, the conference itself acts as a catalyst to bring people together and help drive the industry to the next level, which is critical to Canada.”

Prior to travelling to Toronto, Beatty was in Saskatoon where The Canadian Chamber’s board was meeting. During his time in Saskatchewan he had the opportunity to tour Potash Corp’s Allan Mine, a facility in operation since 1968. The mine employs more than 400 people in the Allan region and is 1,040 metres below the surface. The nutrient is brought to the surface where the raw potash is processed in a mill, turning it into granular, standard and industrial-grade potash, which is most often used as fertilizer.

“Canada is the acknowledged world leader in potash and for our directors most of them had never been underground before,” Beatty reflects. “It was an incredible experience to travel several miles through the drifts that had been cut over half a mile under ground. The resource is so huge that it will continue producing jobs and wealth for another three or four generations of Canadians.”

After serving 21 years in the House of Commons, where Beatty held responsibility for such entities as the CBC and various aspects of industry, it strikes him how profoundly the mining sector contributes to the Canadian economy year in and year out and yet how it’s still so vaguely understood and appreciated in this country.

“Strengths that this industry brings to Canada are enormous,” he says. “Our involvement is hi-tech, it creates thousands and thousands of jobs and it pumps billions of dollars into the Canadian economy. When we Canadians are looking for something to be proud about – where we’re world leaders – mining stands out as an example of what we can do better than anybody else in the world.”

A couple of weeks before the PDAC convention, Beatty was in Toronto with a variety of chamber members involved in the mining sector along with chambers of commerce from mining communities as well as partners like Pierre Gratton from the Mining Association of Canada and PDAC’s Ross Gallinger. The gathering was to open the TSX and launch the first report that The Chamber has produced in the mining sector.

The report, titled Mining Capital: How Canada Transformed Its Resources Endowment Into a Global Competitive Advantage, focuses on the breadth of the sector and it’s critical value to the Canadian economy. It also delves into the challenges that are faced by Canadian mining companies along with a series of recommendations on how the federal and provincial governments can take measured steps to enhance the competitiveness of firms doing business in our country.

In conjuction with opening the TSX, Beatty mentions that a roundtable was convened representing a cross-section of the mining industry.

“Giants like Vale, Xstrata and Yamana and Sherritt were present, but there was also representation from the legal community, the finance sector, the mining services sector, the TSX and a variety of other stakeholders,” he says. “The people in the room that day are an indication of the strength of the mining sector in Canada. They are representative of why companies come from all over the world to invest and work here.”

Mining also features prominently in The Chamber’s list of Top 10 Barriers to Canadian Competitiveness. Beatty unveiled those barriers in Ottawa just weeks prior to the PDAC convention. The primary initiative is to draw attention to the barriers that are holding back Canada’s vast business potential and to urge all levels of government to act more rapidly to improve our country’s ability to compete globally.

The 2012 core areas of focus included some familiar topics, and they all directly impact on the mining industry: innovation, human capital, tax policy, regulation, infrastructure, trade and access to capital.

The federal government is making $400 million available to help increase private sector investments in early-stage enterprises. Perhaps nowhere is foreign investment more evident than in the mining and resources sector of the Canadian business landscape. Our oil and gas industry requires hundreds of billions of dollars in outside investment to complete production growth plans and fully develop the resources we have within the confines of our own geographic borders.

In 2011, Canadian mining and minerals companies invested $590 million in research and development. But more investment is needed to promote stronger innovation. Beatty also is concerned about infrastructure, noting that much of our transportation routes were originally designed and built decades ago, with many of them now in dire straits. The ability for businesses to transport goods efficiently has a direct impact on competitiveness and profitability. According to the Mining Association of Canada, mining is the top user of Canada’s transportation sector.

“Our core public infrastructure was built in the 1950s and 60s and is approaching the end of its useful service life,” Beatty stats. “Much of it will need to be rehabilitated or replaced within the next 10 to 15 years.”

Another major concern that Beatty pointed out in his address – and something that is abundantly clear to those in the mining industry – is the need for increased human resources. Data from the Mining Industry Human Resources Council reveals that 40 per cent of the industry is at least 50 years old, with one third eligible to retire less than two years from now.

With the world economy still on shaky ground, it still means an uncertain exploration future for many junior miners, who rely almost entirely on capital raised via the stock markets. But there remains funding problems for many of these enterprises and it’s the hope within the industry and The Chamber, that the government will continue to support efforts of exploration to the maximum extent, because the rate of return has proven so outstanding – as evidenced by the amount of tax dollars the government collects from the sector as a whole on an annual basis.

“To help bridge the exploration financing gap being faced by these firms, the Chamber calls upon the federal government to develop a targeted exploration tax credit (over and above the METC) to incent exploration in remote regions of Canada where exploration costs are prohibitive,” Beatty remarks.

The PDAC has attained outstanding sustained growth in its delegate participation. It’s Gallinger’s belief that it’s going to be crucial to identify the challenges that face the industry both in the near and long term, and continue to be more proactive and be less reactive. That includes advocacy efforts and consultations with the federal and provincial governments in Canada, which is where Beatty and The Chamber are extremely effective.

“We do have many conversations with government on a variety of issues,” Gallinger confirms.  “We also talk about the benefits of the business.  Traditionally, we’ve had a very good reputation.”