Home | Features | August 14 | Canadian Companies Doing Business in the U.S. – What You Don’t Know About Multistate Taxes Could Cost You

Canadian Companies Doing Business in the U.S. – What You Don’t Know About Multistate Taxes Could Cost You 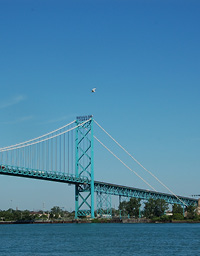 Canadian businesses with U.S. sales are often aware of the federal tax laws that apply to their U.S. activity. However, state and local taxes pose a hidden trap for the unwary, and one that can significantly impact a company’s bottom line.

Many U.S. business publications are taking note of the aggressive targeting being done by state departments of revenue.   Investor’s Business Daily notes that state departments of revenue “have slapped out of state businesses with bills for thousands of dollars in corporate back taxes, based on little more than a single worker visiting the state sometime during the year.”[1]

Any non-U.S. company doing business in the U.S. needs to take proactive measures when planning their U.S. state and local tax burden in order to reduce their tax exposures, and to increase tax savings.

State taxing authorities are increasingly aggressive, focused and more efficient with regard to auditing international businesses, especially when these companies are not filing returns or lack complete compliance. Such businesses may be operating naively in any given state, unbeknownst to them that state auditors are targeting their dealings.

Investor’s Business Daily also reports that, “At best, the states have inconsistently defined what falls under their jurisdiction; at worst, they’ve used the transforming technological landscape as an excuse to grab revenues.”[2]

These auditors will flag such businesses when reviewing documents such as invoices and contracts during the course of audits of these company’s customers or customs brokers; through customs records; and records from trade shows and conferences. They also leverage information off the internet to further identify companies for examination. Every foreign company selling into the U.S. faces this risk.

Tax practice leaders refer to this targeting of out-of-state businesses as a ”no-holds barred approach to tax administration,” according to a recent article in CFO Magazine. The story points out that tax leaders characterize this aggressive approach by many states as “doing everything they can to see that the state gets its last penny.”[3]

Each state has its own tax code which creates complexity and a lack of uniformity across states. State tax bases and rates also populate a wide range.  Companies also need to look at the different rules associated with individual cities and municipalities with respect to income taxes, gross receipts, and sales taxes.

Nexus is a key term in understanding state taxation.  This refers to the degree of contact a business has with a given state.  To the extent a substantial nexus (as defined by respective state law) exists, then that company has a taxable presence. Additionally, taxpayers need to be aware that the respective nexus tests are not only unique in application by a particular state but also with respect to the type of tax (income, franchise, or sales/use).

Based on standards outlined by the U.S. Supreme Court, traditionally a substantial nexus determination required some physical contact with a state such as instate employees, property, or contract acceptance. Confusing the concept in recent years, a number of states including California, Michigan, and New York have adopted an “economic nexus” standard which does not require a physical presence.  These states assert that to the extent certain instate sales levels are exceeded a substantial nexus exists regardless of whether there is evidence of a physical presence.  As a result, a company may be operating identically in two states, such as Michigan and Illinois, and the business could be liable for taxation in the former due to its volume of sales to Michigan customers, yet not in the latter because Illinois still requires a physical presence. Having a clear understanding of the facts on a state-by-state basis is the most important part of making a clear nexus determination.

To illustrate, consider a Canadian umbrella maker with manufacturing and distribution facilities in Vancouver and Montreal, and a U.S. sales team that solicits orders in Michigan and Illinois.

For sales/use tax purposes, due to sales solicitation occurring in both states, the company would be considered to have a substantial nexus which would require it to collect applicable sales/use taxes on all Michigan and Illinois sales.

In this regard, any business with Michigan sourced sales of $350,000 or more a year is considered to have a Michigan income tax nexus.

On the other hand, regardless of sales volume, Illinois requires a physical presence (demonstrated through activities like in-state order acceptance, in-state ownership of property, or rental. So, only if the Canadian company’s instate activities exceed mere solicitation, then the company would be deemed to have established a substantial nexus for income tax purposes in Illinois.

Additionally, application of the nexus standard is traditionally applied on an entity basis. However, many states are currently increasing efforts to attribute nexus from one affiliate to others, thereby casting a wider net of taxation. A number of states already have statutory unitary taxation regimes that attribute nexus for income taxation even though these affiliates lack a direct physical or economic nexus with a state.

During 2013, the high courts in both Illinois and New York decided cases involving this attribution of nexus for sales tax purposes with New York’s court affirming the concept while the court in Illinois ruled in favor of the taxpayers arguing against it.  The attribution of nexus has significant ramifications for many businesses, including Internet-based retailers which generally are not subject to sales/use tax collection requirements and income taxation outside their state(s) of operation.

Foreign businesses should ideally look at their situation prior to establishing a nexus within a U.S. state. The business needs to examine its operations and determine whether or not there is a way to isolate and mitigate tax exposure and reduce tax liability. Financial officers need to look at the facts, and once they do this, planning should commence in accordance with the applicable state law.

To the extent a company has back tax exposure due to a failure to file, the company should evaluate the benefits of entering into a voluntary disclosure agreement with a state. Benefits of a voluntary disclosure include reduction in multi-year back tax liabilities plus reductions in penalties and some interest. Avoidance of potential criminal penalties against officers and directors arising from a failure to file is also a benefit. A voluntary disclosure is handled by each state differently;  some states  have  formal, well-defined programs while others are more ad hoc with terms being negotiated on a case-by-case basis. Voluntary disclosures are initiated on behalf of the company by an outside advisor, such as a CPA. This allows the business to operate on the basis of anonymity, until the state and the entity establish agreeable terms.

Businesses should look to voluntary disclosures as a proactive measure of defense, unless the state has already initiated an inquiry or audit. Moving forward with a voluntary disclosure as soon as possible has the potential to generate significant economic benefit and mitigate disclosure consequences for financial reporting.

Ned Leiby, CPA, CFE, is Managing Director at WTP Advisors in Chicago. If you have questions regarding the state tax issues examined in this article, please contact him at [email protected] 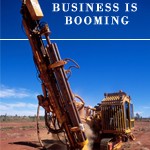 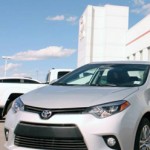