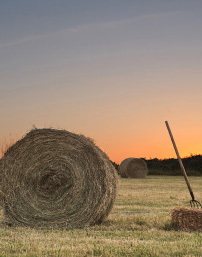 CBJ is pleased to include this piece on the Canadian Federation of Agriculture, as an introduction to the series of content that the association will be providing over the next year

The agri-food industry plays an important role in the economic health of the country, contributing 8.8 per cent Canada’s GDP, which is over $70 billion worth of goods and services. This year, the biggest agriculture association in the country, the Canadian Federation of Agriculture (CFA), celebrates its 75th year as a representative of the people who keep the industry running: Canadian farmers.

Founded in 1935—during a similar, albeit greater tough economic season—the CFA Canada’s farmers joined under a single voice in Ottawa. Today, its members include provincial general farm organizations, as well as national and inter-provincial commodity organizations from every province. Through its members, the CFA represents over 200,000 Canadian farmers and farm families.

Representing 10 provinces and 16 different commodities—all with individual needs—Laurent Pellerin, CFA President, explains that the greatest quality of the association is in its ability to connect otherwise diverse farmers under one organisation. “The number-one value is being able to work together on a national basis,” he says. “The provincial organisations are strong by themselves, but provinces don’t work together if they don’t go through CFA. We can take issues from across the country and develop a national consensus.”

For the CFA, representation means developing positions on industry issues and bringing them to the federal government’s attention. Some of the issues CFA lobbies for are farm tax credits, policies, trade issues and, as of late, the future viability of agriculture.

“Right now, we are working on the National Food Strategy,” Pellerin adds. “The belief that farming and food production will always be there has led to disjointed policies and programs. We can’t expect agriculture to exist with no comprehensive plan for the future. A strategy is required so we have a vibrant agriculture sector in Canada. Without a long-term vision, it will be difficult to build the future of Canadian agriculture.”

A part of the strategy comes in the wake of the strengthened dollar. “The short term will be tough for agriculture,” Pellerin maintains. “The loonie is expected to stay close to par with the American dollar for a while. It’s a challenge for us because we export a lot of commodities and livestock from Canada. The next five years could be a real struggle.”

Along with losing revenue from exports, high fuel costs are also a harsh reality too. “If you look at the gas we use in machinery and the amount of transportation needed for shipping, it gets quite expensive. Grain prices also went up because of the food crisis in 2008, which is good for grain farmers but when you process it for livestock, it’s not good for livestock farmers. We will need a serious business plan to overcome the difficulty for those sectors.” One can see that creating an industry strategy is complex, as there is no one-size-fits-all solution.

Despite the bleak outlook, Pellerin believes that Canadian agriculture has a bright future ahead. “With the resources we have here in Canada—our expertise and research—there is a lot of potential for the future,” he says. “If it’s true that we have to double our global food production by 2050, [which is already under strain under strain from the credit crunch,] I think we will come out ahead.”