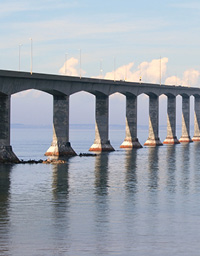 Staring down the barrel of a nearly $1 billion deficit and mushrooming debt, many were anticipating a fair bit of pain to sweep the province on budget day. While not without its lumps, the budget did a good job of taming spending and promising a return to a balanced position by 2014-2015. Based on a recent survey of small business members of the Canadian Federation of Independent Business (CFIB) in New Brunswick, 45 per cent support a return to balance over three to four years, while another 38 per cent want the government to balance its books over a five to six year period.

After the tabling of the budget, some have complained that certain spending cuts should never have been made, while others say the cuts could have been much deeper. Based on a recent report by the CFIB “Restoring Canada’s Fiscal Fitness”, the bottom line is that New Brunswick should regain some degree of control over spending before it runs out of options altogether. It wasn’t so much the recession that pushed the province into the abyss of its highest deficit ever, as the lack of safety margin created by years of high taxation and soaring debt. During the last four years, provincial spending rose by an ugly 25 per cent, or more than $1.5 billion, which was not matched by the modest 15 per cent growth in revenues or less than $900 million. Hence, 2010 saw the province reach the tipping point and fall into a hideous deficit.

Like most provinces, New Brunswick faces challenges with spiraling costs in health care, education, infrastructure, and pension liabilities. Its population is aging faster than the national average, placing an even greater demand on those who are putting money into the system. For these reasons, CFIB had called for an overall spending freeze rather than looking to boosting the revenue side yet again. Aggressive spending freezes for the next three or four years will do much to bring the province back in black. Nonetheless, even this Herculean effort to cut spending will not see New Brunswick’s debt return to pre-recession levels until 2020.

While the previous government did well to reduce personal and corporate income taxes, it will not be remembered for its spending control. The current budget took a balanced approach and delayed the final year of income tax cuts, while preserving most of what had already come into effect. A token drop to the small business corporate tax rate was made in an attempt to restore some of the previous reductions that had been dramatically reversed in 2006, with the promise of reaching 2.5 per cent by the end of this government’s term.

One of the most contentious tax increases was that of the gasoline and diesel tax (raised 2.9 cents/litre and 2.3 cents/litre, respectively), though New Brunswick continues to have among the most competitive fuel taxes in the country.

Seeing the need for increased efficiencies, the government surely missed the mark on red tape reduction. CFIB has made the case time and again that it is one of the lowest-cost and most-effective methods of growing the economy without increasing taxes. In fact, CFIB’s 2010 report titled “Prosperity Restricted by Red Tape” pegs the cost of regulation in New Brunswick at $567 million (2008)—over two per cent of GDP—representing an easy target for productivity gains.
While the government has vaguely stated its intent on improving the regulatory environment, more must be done to formalize the process so that appropriate goals can be set and measured over time.

All in all, this government is relatively junior with only five months in power—so the devil will be in the follow through and subsequent budgets. Assuming that New Brunswick’s economy gets back on track and the government continues to strive to do more with less, this is a plan that can propel New Brunswick forward.

As Canada’s largest association of small- and medium-sized businesses, CFIB is Powered by Entrepreneurs™. Established in 1971, CFIB takes direction from more than 108,000 members in every sector nationwide, giving independent business a strong and influential voice at all levels of government and helping to grow the economy. CFIB represents more than 4,500 businesses in New Brunswick.