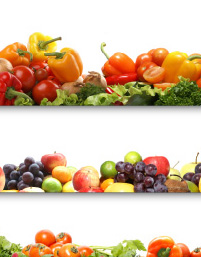 A voice for health and wellbeing

Helen Sherrard, director of operations, explains that the association has three overarching mandates. “We want to promote and establish a voice for the industry; increase membership and improve member satisfaction; as well as strengthen government and stakeholder relations,” she says. “To fulfill these mandates, the CHFA actively lobbies for regulatory change, works with Health Canada and develops research papers.”

Most of what the CHFA deals with involves regulation. According to Carl Carter, director of regulatory affairs, one of the key issues is the licensing of natural health products (NHPs). “NHP regulations came into effect in 2004,” he says. “Prior to that time, NHPs were regulated under food and drug regulations dating back to 1953. The industry felt these old regulations were inappropriate and that we needed a separate set of regulations. The Standing Committee of Health agreed. That led to a new set of regulations known as the Natural Health Products Regulations.”

“When that happened, there was tremendous desire from industry members to meet those regulations,” he continues. “And Health Canada couldn’t process the applications in a timely fashion, which has led to a backlog. I think we’re still dealing with that. Health Canada still has applications from as far back as five years ago—which is the exception, not the rule—but there are currently 10,000 product applications up for review by Health Canada. The lag time is related to ensuring the evidence supports the claims. We are working with Health Canada to improve licensing rates and to ensure appropriate standards of evidence are being used to allow products to become licensed.”

While the CHFA supports effective regulation, there are some important and achievable changes the organization wants changed at a federal level in order for more Canadians to have access to NHPs. Presently, the CHFA believes Canadian consumers’ right to choose from the best possible variety of these products is being threatened from over regulation.

The NHP industry faces regulatory constraints that may restrict consumers’ right to make personal decisions and choices regarding health care products. The association’s key concerns relate to the existing Standards of Evidence and Quality Testing protocols that are required to substantiate a product’s quality in order to obtain NHP licenses.

Since 2009, the CHFA has played a lead role in developing revised Standards of Evidence and has participated on NHPD’s Standards of Evidence Working Group that made a series of recommendations for improvement in January of 2010. While the recommendations are still pending review by Health Canada, CHFA strongly recommends their adoption as a means of improving licensing rates, especially for multi-ingredient non traditional products.

Similarly, CHFA spearheaded changes to the current Product Testing requirements and served on the Product Testing Working Group that also made recommendations to NHPD in January 2010. CHFA is confident that improvements on both of these key issues, as well as a plan to formally address the lag time in approving new applications is in the best interest of the industry long-term and is best achieved under the existing NHP regulations.
Government regulation of the industry must be appropriate given the very low risk nature of NHPs. They are neither food nor drugs and should not be regulated as such. They are highly safe natural products made from naturally-occurring ingredients.

CHFA recognizes the need for regulation of all health products in Canada, but in the interest of the principle of smart regulation, rules for NHPs must be consistent with their very low risk profile. NHPs are neither food nor drugs. They must be legislated as a separate product category under the Food & Drugs Act with more appropriate standards of evidence and product testing requirements.

Looking to a bright future, the CHFA is confident of its industry’s continued prevalence. “There has been strong growth in the health product sector,” says Carter. “The most recent figures are somewhere between seven and 15 per cent annual growth, depending on what numbers you’re looking at. Overall, I think we’re optimistic for the future.”

“As consumers understand the benefits of natural health products, we believe growth will only increase from here,” affirms Sherrard. “The organic food and natural health product industry contributes $3.5 billion to the Canadian economy, and that number is growing as Canadians incorporate these products into their daily lives.”

For more information, listen to the CHFA’s podcasts at http://chfa1acas.libsyn.com/