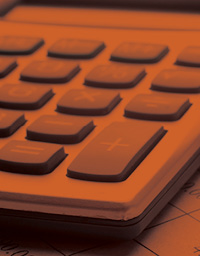 It sounds like a broken record, but Canadians are continuing to dig themselves deeper into debt with each passing day as evidenced by numbers associated with the first quarter of 2012.

Equifax Canada says Canadian adults stretched their non-mortgage debt 3.4 per cent higher than the first three months of 2011.  According to Equifax, the increase was largely attributed due to a rise of almost 10 per cent in automotive financing.  There’s also a dangerous notion of passiveness towards debt because of the incredibly low interest rates.  But on numerous occasions Bank of Canada governor Mark Carney has hinted those days aren’t going to last forever.  When that day comes, it’s inevitably going to catch many debtors off guard, scrambling to continue making their required monthly payments to each of their creditors.

The Equifax report takes several key credit factors into account, including bank loans, lines of credit, credit cards and vehicle loans.  Somewhat surprisingly, total credit card debt declined by 2.1 per cent, continuing a downward trend that has gone on for more than a full year now.

Where many consumers find themselves in trouble is through a corresponding increase in borrowing tendencies on lines of credit, where there was a 1.4 per cent spike in the most recent quarter.  This type of credit borrowing has been on the upswing for four years.  In a nutshell, consumers are moving their debt out of their high-interest rate credit cards and transferring the balances owing onto lower rate lines of credit; nonetheless the core debt remains.  And, to reiterate, those lower rates are going to spike at some point.

Carney’s war cry, along with many other financial analysts, is that interest rates are so low they are of little concern to borrowers, and that sets off warning bells unto itself.  The initial reasoning for carving the rate was to stimulate spending and expand the economy, especially through the worst part of the global economic crisis that gripped most nations to some degree.  But there comes a time when the pendulum swings too far the other way, and it seems quite apparent this has now happened.

“What we’ve seen happening is that people are simply moving their credit card debt onto their lines of credit where interest rates are lower,” said Nadim Abdo, vice-president of consulting and analytical services at Equifax.

Carney has warned that household debt, which now stands at about 150 per cent of household family income, ranks as the No. 1 risk to the economy, as rising interest rates would imperil a great many Canadians’ ability to pay their debts, not the least of which would be their mortgage – or mortgages.  Some economists believe the rate could reach as high as 160 per cent if the charted course remains the same.

The central bank says household spending is expected to remain high relative to GDP in the foreseeable future.

The Equifax report indicates average consumer debt — including all forms of credit except mortgages — has risen steadily over the past four years to $6,442.  Personal debt can run much higher.  However, if a person has an automotive loan, which would add an average $16,000, or a personal line of credit, which currently averages just under $20,000, or a bank loan, which now averages about $15,300.

Much of the financial concern emanates from Canada’s housing sector, with prices in some markets continuing to skyrocket.  As example, prices in Toronto are 10.5-per-cent higher than a year ago, while in Saskatoon they are 10.1-per-cent higher, according to new figures from the Canadian Real Estate Association.

“The continuation of low interest rates is good news for housing and for the economy,” said Gary Morse, CREA’s President. “Local housing market outlooks differ according to their respective economic prospects, so buyers and sellers should talk to their local REALTOR® to better understand housing market prospects in their area.”

Despite the rising debt levels nationwide, personal bankruptcies have fallen 3.1 per cent from a year ago, while 90-day delinquencies on debt payments have decreased 7.6 per cent year-over-year.