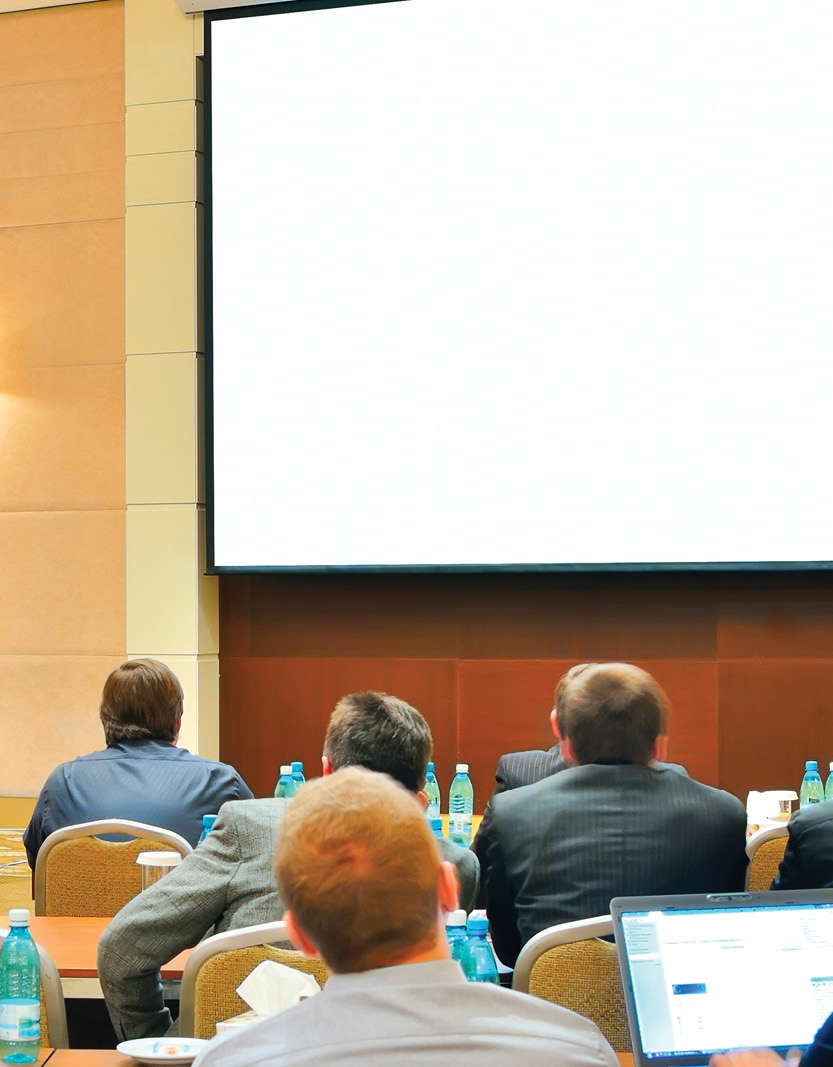 Fast approaching at the end of this month is a must-attend conference for those in the manufacturing industry, when SME Canada will be hosting of the Canadian Manufacturing Technology Show at the International Centre in Mississauga, Sept. 30 through Oct. 3. This will be the first year the event has been at this venue since 1999. Throughout the decade of the 2000s it was held at the Direct Energy Centre in downtown Toronto.

The primary reason for moving this year’s CMTS to Mississauga was due to a push from customers and attendees to move the event closer to the manufacturing base, which is predominantly located outside the main core of Toronto, according to Nick Samain, Group Manager, SME Canada.

“Many of the attendees do commute by car and it’s not just traffic but there are added benefits such as free parking,” he says. “One of the most exciting things for us was the opportunity to look at doing a few different things with the show, over and above the traditional tradeshow, big box store format if you will. We have multiple buildings this year in order to help with attendee navigation along with different technologies featured in the various buildings.”

This will also be the first time the CMTS will be utilizing outdoor space with a large Oktoberfest tent and eating area, which will add a different element of networking rather than what’s normally found only on the tradeshow floor.

The primary goal of the event is to advance manufacturing and also attract future generations. SME connects all those who are passionate about making things that improve our world. As a non-profit organization, SME has served practitioners, companies, educators, government and communities across the manufacturing spectrum for more than 80 years. Through its strategic areas of events, media, membership, training and development, and the SME Education Foundation, SME shares knowledge to advance manufacturing.

Manufacturing leaders work with SME to develop events that reflect the changing requirements of industry. Whether the need is to reach new prospects and grow sales, or to find the latest technologies and strategic business partners, SME’s portfolio of events delivers important business opportunities.

CMTS is Canada’s largest manufacturing event for buyers and sellers to come-together under one roof to evaluate new products and solutions and learn about hot topics currently impacting the industry.

Thousands of manufacturing professionals rely on this biennial event to assess potential suppliers big and small, far and wide.  Nearly 600 companies in manufacturing are represented during all four days of this event, giving attending professionals an extensive reach and allowing them to find solutions to improve and/or enhance their operations.

The hundreds of exhibitors participate at CMTS to meet a wide range of audiences in numerous industries.  From engineers to c-level decision makers, exhibiting companies look forward to CMTS to showcase the latest technologies and solutions in the machine tool, tooling, metal forming and fabricating, automation, design engineering and plant management segments.

SME goes back more than 80 years, with origins in Dearborn, Mich.

“We have a volunteer membership of 25,000 around the world and about 2,000 in Canada,” Samain tells us. “From my standpoint as Group Manager here in Canada we do have membership chapters across the country. As a business operation we purchased a portfolio of tradeshows from Reed Exhibitions back in 2006. It was seven shows in Ontario, Alberta and Quebec. CMTS is our largest trade show.

CMTS serves a number of important industries, which SME supports not only through events but also via education, training and the foundation.

“Here at CMTS, automotive would probably be the big one with Ontario being North America’s largest automotive manufacturing jurisdiction,” Samain offers. “I think we’re looking at a $3.5 billion average in annual capital investment in auto manufacturing over the last 10 years. That speaks not only to tier one, but right on through the supply chain – and all the way to family job shops. Those are the types of attendees that are coming to a show like CMTS.”

In addition to automotive, the Canadian aerospace sector is also well represented at the show.  The CMTS will present the Avro Arrow RL-203 replica as a way to “showcase a remarkable Canadian manufacturing and technological innovation, which is representative of what the show’s all about,” says Samain.

The original Avro CF-105 Arrow, built in the late 1950s as a twin-engine supersonic interceptor aircraft, was designed to destroy enemy bombers that threatened North American cities, and was, at the time, the most advanced aircraft ever produced in Canada. To some, it stands up even today. However, production of the Arrow was abruptly cancelled in 1959, bringing an end to a unique moment in Canadian aerospace and engineering history. CMTS attendees will have a unique opportunity to take a picture with the Avro Arrow throughout the duration of the show.

Overall, it’s not only an opportunity to source the current technologies in various types of manufacturing, but it’s an opportunity to get a first-hand glimpse at what the future holds. It’s a chance to view the equipment, learn about what’s coming down the line and also to network with those in similar work environments.

“An educated buyer is an informed buyer,” Samain says. “Medical device manufacturing is another large area. I think there were about $2.3 billion in exports from Canada in 2011. Those professionals are coming down not just to buy but the networking is key. The face to face interaction is tremendous.” That said, Samain is also proud to note SME is a noted leader in online collaboration and transferring information to the business professional.

Despite the fact the automotive industry is much leaner than it once was in Canada, there’s still reason for optimism that the sector will remain a major player in providing jobs and supporting the national economy. In May, SME conducted a survey that went out to previous and current attendees of the events in Canada, which produced interesting figures.

“Almost 40 per cent are from the automotive-related sectors and through that supply chain,” Samain reveals. “We can see that 74 per cent of those were expecting to purchase equipment in the coming year with budgets from $50,000 to more than $5 million, so that’s quite a range.”

One out of every three respondents to the survey cited a need for increased workplace productivity as a significant business challenge and there’s a willingness to make an investment to bridge the gap. About 84 per cent of manufacturers surveyed by SME said their purchasing budgets would either be the same or greater in 2013 compared to 2012, which at the very least speaks to stability and metred optimism.

“In dealing with our exhibitors, who are the suppliers of equipment and technology to those sectors like automotive, manufacturers are coming in and they are looking for the type of equipment that can help them be more competitive.”

“It’s important that we celebrate and learn from our history as we look to our country’s next generation of leaders in innovation,” said Samain, adding that SME, a non-profit organization, is committed to elevating manufacturing advancements in Canada.

Membership is open not just for manufacturing engineers, but to professionals who are involved in all facets of manufacturing. It’s for individuals only – no corporate members. All members can attend each event throughout the year free of charge with the exception of certain specialized technical conferences. SME membership offers many opportunities for enrichment and leadership development.

Admittance to the CMTS event is free if pre-registered online at www.cmts.ca. If not, there will be a $45 registration at the front doors. It’s expected there will be anywhere from 8,000 to 10,000 attendees to the CMTS. Sandra Pupatello, Director, Business Development & Global Markets for PwC Canada, will be the opening keynote speaker. There’s an added bonus for sports fans: former Toronto Maple Leafs captain Wendel Clark will be part of the meet and greet at the Job Shop Night on the evening of Wed. Oct. 2.