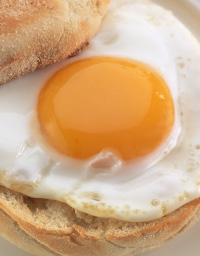 The aroma of roast chicken through the family home; that welcoming morning smell of eggs frying; a juicy Thanksgiving feast. Poultry and egg products have a solid place in the hearts—and mouths—of Canadians. As staples of our daily diets, The Canadian Poultry and Egg Processors Council (CPEPC) is a national trade association that represents Canada’s chicken, turkey and egg processors and hatcheries from across the country. This voluntary association represents more than 90 per cent of Canada’s chicken, turkey, eggs and hatching eggs, and the economic activities of its members generate about $5 billion in retail sales. To accomplish this, members have invested over $1.5 billion in plants and equipment and directly employ more than 17,000 Canadian workers. The Canadian Business Journal spoke with Robin Horel, President and CEO of CPEPC, about the council and its purpose, as well as past and future initiatives.

The CPEPC has been in existence for over 60 years and represents a number of industry divisions including primary chicken and turkey processors, poultry further processors, egg graders, egg further processors, and broiler, turkey and egg-type hatcheries. Horel explains that about 15 years ago, the council began to conduct its business in a sectoral manner; each of the six divisions organizes its own meetings and discusses its own sector-specific issues, and an overall Board of Directors which has members from each of the divisions meet to discuss major industry-related issues. So what is it that binds these groups together? “Feathers,” quips Horel, as he proceeds to elaborate. First and foremost, all members of the council are involved with poultry. While seemingly simple, it entails a number of health and safety and animal welfare issues that are relevant across the board. Secondly, members of the council all purchase significant raw input from supply managed growers. In Canada, the egg, broiler hatching egg, chicken and turkey industries operate under national supply management systems, the intent of which is to match domestic production of the commodities with the demand for them. It is a complex system which affects everybody involved in the process. Notes Horel, “About 50 per cent of our time is spent dealing with supply managed issues”.

The supply management system is an intrinsic part of the poultry and egg processors’ way of doing business. It is complicated legislation with several levels of rules and regulations on both federal and provincial levels. The CPEPC works directly with the supply-managed farmer agencies who supply the raw input its members need to do business. One view is that many of the rules governing the Canadian system are antiquated. Comments Horel, “These farmer agencies actually have a significant amount of power in the Canadian system.” He is quick to note that while this is not necessarily a bad thing, there are rules and regulations which could arguably be updated—which are some of the many issues binding the CPEPC together. Horel points out that members of CPEPC have learned how to work within the system and there are good and bad points. “We pay high prices, almost the highest prices in the world for our live poultry and eggs at the farm gate, and there are some border controls as well.” Nevertheless, he is quick to see the value of the supply managed social policy and does not discount the benefits. Farmers are licensed, and products are safe—which gives Canadian consumers much-needed peace of mind in this age of health and safety concerns. What about the obvious price differences? Argues Horel, “Canadians pay a relatively small portion of their income for poultry and egg products.” Most importantly, the system is a self-sustaining entity. “Governments don’t have to worry about ‘bad years’ or bailing out farmers,” says Horel. “The system runs itself.”

The recent economic downturn was felt by almost all major industries in Canada. Fortunately for CPEPC the impact on chicken, turkey and eggs was minimal. Horel concedes that the chicken and turkey industry had a considerable “flattening out”, but not as much as was experienced by other more expensive commodities. There was no per capita increase, but no decrease either. Says Horel, “Poultry has a very well-deserved reputation with the Canadian consumer in terms of nutrition, leanness, and value.” The egg industry encountered a period of growth during the recession. This is not entirely surprising, as this is traditionally a commodity which flourishes during economic crisis. Says Horel, “In tough economic times people are looking for alternatives and eggs are an inexpensive source of healthy protein.”

The CPEPC has recently initiated a project which joins the resources of two other councils, the Canadian Meat Council (CMC) and the Further Poultry Processors Association of Canada. The respective groups pooled their resources over a year-and-a-half ago to fund a study on how they can operate more synergistically. “Myself and the other general managers are working on how we can work better together,” says Horel. The goal is to work collectively to fund initiatives in Ottawa and combine staff resources, perhaps pooling funds to hire someone for government relations. Although the groups do have some separate concerns—for example, the CMC does not have the supply management concerns of poultry and eggs—the combined concerns of health and safety make the endeavor worthwhile. The CPEPC has taken the right steps to ensure a promising future of promoting the poultry and egg processors in Canada.