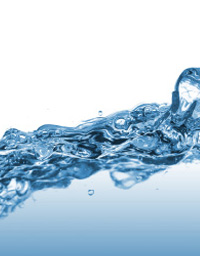 The CWRA's fight for a Canadian National Water Strategy

“Water, water everywhere,” as the saying goes, and perhaps as a result we’ve gotten too used to it. Perhaps, surrounded by great lakes, good sewage systems and likely having never gone an entire day without it, water is something we take for granted? Not over at the Canadian Water Resources Association (CWRA), where the ongoing push for a national water strategy.

Headquartered from Alberta and roughly 65 years old, this association has a monolithic task on its hands, but also one of vital importance in sustaining our way of life, environmental impact, meeting surging demands and improving conditions for areas where water issues take place. The CWRA has been tackling the challenge of getting to a Canadian National Water Strategy for some time.

“(CWRA has) always had a principal for wanting effective water management, and that principle remains active and relevant today—maybe even more so today, as we stress our environment and stress our resources,” says Andrew Szojka, CWRA President. “It’s a broad, enveloping organisation of individuals who come together to share their knowledge of water.”

Of course, this mammoth topic requires plenty of scope for education, discussion and sharing information, which is where CWRA steps in. By offering national conferences, each organised by the local branch of the association and affiliates, a national perspective on water issues today is conveyed to members wherever they may be. Then, to follow up, the CWRA publishes a journal that comes out bi-annually and quarterly with water news updates.

“We also have affiliate organisations, including the Canadian Committee on Irrigation and Drainage, and the International Committee on Irrigation and Drainage (ICID),” explains Szojka. “We have the Canadian Society for Hydrological Sciences, which is a collection of hydrologic professionals and scientists. We have project WET which we are affiliated with, providing education about water for schools and others, and we have a students and young professionals chapter as well which brings them into our organisation.”

From offering scholarships and awards, to gathering relevant members and exchanging knowledge, the CWRA has a big cause, bigger issues and a broad range of ways to tackle effective water management for the future. Within this, Szojka explains that presenting, enforcing and hammering home these vital issues is key to future development of solutions.

“We know that contamination of surface water bodies and ground water, for instance, is a problem. We know that there are communities that have drinking water issues and inadequate wastewater treatment,” he says. “We like to work on issues that need addressing, and with the collection of people that we bring together, and the workshops and seminars that we host, we hope to be perceived or accepted by regulating bodies—governments and municipalities—to develop policies and principals that are in line with today’s needs.”

From water biologists and water management professionals to engineers and academics, the CWRA’s membership continues to broaden. But however broad the member base may be, the one particular issue that the CWRA tirelessly fights for is a Canadian National Water Strategy.

Towards a Canadian National Water Strategy

Szojka explains that working for a Canadian National Water Strategy is one of the most relevant issues that the association is involved in today.
“Many organisations have been talking about this, but what’s been missing is a framework or a map to get to that point,” he explains. “That’s what we’ve been spearheading; it’s been our mandate for the last number of years to drive that particular issue.”

It’s an issue which Szojka says Albertans know all too well as a matter of course.

“Albertan’s feel that they’re the most challenged in terms of water and I think that’s a result of just plain geography; where Alberta is in terms of the watershed. We’ve gone through some pretty severe droughts, we feel the pinch,” he explains.

“We’ve reflected and said ‘wait a second, how are we going to plan for the future?’ and I think, if anything, Alberta has a good basis to say that we need a national water strategy to deal with things that impact water availability; what’s challenging our water security, whether it be supply or the quality of water that we have.”

There has been progress during the CWRA’s focus on getting to a Canadian National Water Strategy, but it’s still a big challenge today. Head over to the association’s website, and a document titled Toward a Canadian National Water Strategy / Vers une Stratégie nationale de l’eau au Canada (by Professor Rob de Loë of the University of Guelph) is a great place to begin understanding about this challenge.

“We commissioned this work and it’s a very comprehensive look at what’s required and we should be heading towards in Canada in this,” says Szojka. “We’ve been working hard and developing a prospectus document that will invite participants to a process to developing the Canadian National Water Strategy.”
This prospectus, scheduled to be published within the next couple of months, will be the important next step in terms of both education and involving people in this challenge.

“We’re also looking for a host organisation and the Canadian Water Resources Association will be front and centre in facilitating the process, the development of the Canadian National Water Strategy,” adds Szojka. “I think this is something that is probably accepted by present environment ministries including the Canadian National Ministry of the Environment, not necessarily our process, but the next to develop some sort of national water strategy.”
The CWRA are not the only body trying to get to that point, but with roughly 1,200 members and new literature about to be released, they are certainly showing how the challenge ought to be met. No one ever said that getting to the Canadian National Water Strategy was going to be easy, but without it, the water which is so often taken for granted might not be around in abundance for much longer. 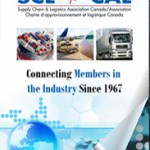 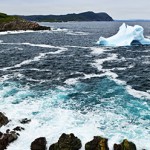