Home | Features | March 16 | Canadians’ Debt is Out of Control

Canadians’ Debt is Out of Control

In a prolonged interval of economic uncertainly it appears a number of Canadians are opting to ignore the red-light financial warning signs and continuing to spend well beyond their means. We’ve all reaped the benefits of borrowing against low interest rates. But when interest rates rise – and they eventually will – a large percentage of borrowers are going to find themselves behind the proverbial eight ball.

Canadians continue to pile on debt and now collectively owe more than $1.8 trillion, according to the latest figures from Equifax Canada. The consumer credit rating agency says the level at the end of the third quarter was up almost 7.5% from $1.409 trillion a year ago. Figures for the fourth quarter are not yet known, but they aren’t expected to be any rosier.

Within the third-quarter numbers, nearly two-thirds of the total owing was mortgage debt totalling in excess of $985 billion. Excluding mortgages, the average debt held by Canadians stands at just under $21,000.

The auto loan and instalment loan sectors showed the most significant increases, at 6.8% and 5.8% year-over-year respectively.

“We can expect the consumer debt to rise even further,” says Regina Malina, senior director of decision insights at Equifax Canada.

Despite the increase in debt, the delinquency rate — defined as bills more than 90 days past due — remains on a downward trend and now stands at just 1.1%.

“While the debt numbers are worrisome, it’s certainly positive to see delinquency and bankruptcy rates inch down each quarter,” Malina says. “The fact is, while debt figures have gone up, they have increased at a slower rate in the third quarter with most Canadians seemingly still spending within their means.”

Equifax said the increase in consumer demand for new credit has been driven mainly by credit card and auto credit inquiries.

Demand for consumer credit has now increased for six consecutive quarters in Western Canada, while activity in the East continues to slow.

Two surveys conducted last summer by the banks revealed Canadians’ debt levels were about 22% higher than the previous year. But once again, the mood was tempered by the fact interest rates were and are still so low that the plan of action was simply to borrow more money.

Buying a home accounts for the debt load for 51% of Canadian debtors, with 35% saying it’s the main factor, while 32% said they were saddled by college and university debt from their student days.

Canadians also spend a lot of money on items that certainly cannot be classified as growing investments such as automobiles (45%), vacations (31%), entertainment (24%) and electronics (17%).

But it’s not just individual Canadians who find themselves in debt. So too is our federal government and a number of provincial counterparts. The Canadian government debt, commonly called the public debt or the national debt stands at almost $1.3 trillion.

There are economic arguments for some national and subnational debt, but it needs to be balanced against growth. That is why the 65% net debt-to-GDP ratio across the country is so concerning economists. And governments aren’t slowing down the increase in their debt loads: Ontario will soon owe more than $300 billion.

A number of reports have indicated that about 40% of all Canadians would have a difficult – if not impossible – time meeting their monthly financial obligations if the interest rates were to increase by a mere 1%. That alone should put fear into the hearts of those who already straddle the shaky line.

Meanwhile, the Canadian government expects to spend about $26 billion this year to at least cover the interest payments on the national debt. As a comparative that’s $2 billion more than was spent last year on national defence.

Ontario spends about $11.3 billion a year to service its debt — or about the price to run its entire welfare system from the ministry of community and social services. The Quebec government spends $10.3 billion in interest payments each year, almost double the $5.3 billion it spends on post-secondary education and more than the $9.3 billion it uses to directly support families and individuals. Out in B.C., $2.5 billion is allocated to service the interest. Nova Scotia’s annual interest payment tops $870 million — more than three times the $223.5 million in revenue the provincial liquor corporation takes in. Newfoundland spends almost 13% of its revenue just to maintain its debt load. That $888 million is $2 million more than it spends annually to run its primary and secondary schools.

Insolvencies by both consumers and businesses were up by almost 2% in 2015 from 2014. Total consumer bankruptcies increased by 4.5% over the entire year, with the numbers spiking in oil-producing provinces, including Alberta, Saskatchewan and Newfoundland and Labrador. The prolonged low oil prices caught many consumers with high debt loads and shrinking job prospects.

According to Douglas Hoyes, Licensed Insolvency Trustee and Chartered Accountant, one in six Canadians will wind up filing for bankruptcy. There are just over 26 million adult Canadians, and in a typical year between 120,000 and 150,000 Canadians file a consumer proposal or declare bankruptcy. Those are rather sobering numbers. TransUnion recently reported that the average Canadian has more than $27,000 in debt, and the average person filing for bankruptcy owes more than $60,000, not including their mortgage.

Canada’s household debt loads have been bumping up against record levels for years now, spurred on by years of historically low interest rates and rising residential real estate prices. Canadian households are carrying the biggest debt-to-income loads in the Group of Seven. Household debt reached 171% of disposable income in the third quarter of last year. In lay terms it means that for every $100 of disposable income, households had debt obligations of $171. Those kinds of numbers just don’t pan out, even with the new math. By the fourth quarter the average Canadian had credit-market debts worth a record 163% of their after-tax incomes, up from about 110% in the fourth quarter of 2002. Meanwhile, income growth has failed to keep pace and the household savings rate has dwindled to just 3.6%, a near-five-year low. In 1982, the savings rate was just under 20%.

A large proportion of total household debt is held by people who are in the accumulation stages of their life cycle and/or who have higher-than-average incomes. Although their borrowing accords with life-cycle smoothing and has passed institutional lending standards, the extent to which borrowers account for the risk of interest rate increases, housing price declines, income interruptions or other such factors in their borrowing decisions is not known.

The Bank of Canada estimates that home prices are generally about 20% overvalued nationwide. Governor Stephen Poloz publicly maintains he is not concerned about a crash, which unto itself seems rather hard to believe. Even a slow and steady decline in home prices could have a devastating effect on the economy, which has relied heavily on consumer spending for growth since the global financial crisis. Is there a bubble? Conventional wisdom would say yes… but reality until now said no.

It should also be clear that not everyone struggles with debt. In fact, nearly a third of Canadians are entirely debt free. But it’s that small, albeit hugely important number of households that are drowning in debt and could pose a major risk to the economy if interest rates were even bumped up by the smallest of margins. Fault lines have been evident for some time now, but the cracks have become far more evident since the drastic drop in oil prices, which has devastated the economy of Alberta and to a lesser extent Saskatchewan and New Brunswick, although those provinces have also felt the pinch.

The economy is being supported by housing – but unfortunately it appears to be a house of cards. It’s only a matter of time before the Ace of Spades is drawn, and card players know what that means.

A major problem is that many people seem oblivious to their dire financial position until it’s too late. More likely, they know the situation but are in a state of denial. There are telltale signs of financial peril. Take this as an example: If a credit card statement comes in the mail and the only way you can pay the minimum monthly owing on it is by using one of your other credit cards – then it’s definitely time to seek professional assistance. The juggling from one card to another isn’t sustainable, because you’re simply transferring debt from one card to another, and never actually lowering the principal. In fact, with interest rates, the amount owing will continue to increase.

People need to know that when they’re really in financial trouble and can set up an appointment with a trustee or credit counsellor who can offer real solutions. For many, this is the only legitimate option for a new start. 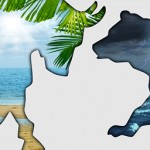 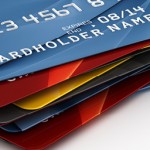 Starting a Business? Get a Small Business Credit Card or Two