Proposed ban list covers items already out of favour – checkout bags, straws, stir sticks, six-pack rings, cutlery and some takeout containers – less than one per cent of plastics used hereTORONTO, Jan. 26, 2021 (GLOBE NEWSWIRE) — New polling results from Abacus Data commissioned by Oceana Canada finds that 95 per cent of Canadians are concerned about the impact plastic pollution has on our oceans and 94 per cent are concerned about the thousands of sea creatures that are killed because of plastic ingestion or entanglement every year.Yet the federal government’s proposed ban on six single-use plastics covers only a fraction of one per cent of the plastic products we use, according to Jonathan Wilkinson, Minister of Environment and Climate Change – a drop in the bucket for an ocean drowning in plastic waste.“Canada has an opportunity to lead in the fight to end the global plastic disaster. There is public appetite for stronger federal action. Now is the time to meaningfully reduce plastic production and use, including banning more of the unnecessary and harmful single-use plastics that are choking our life-sustaining oceans,” said Oceana Canada plastic campaigner Ashley Wallis.“Furthermore, industry opposition1 to the proposed federal ban on polluting plastic products is out of step with science and public opinion,” said Wallis, noting that industry appears overly reliant on recycling2 as a silver-bullet solution to the plastic pollution crisis.A staggering 88 per cent of Canadians feel surprised, angry, guilty and/or helpless to learn that less than nine per cent of Canada’s plastic waste is recycled and that the majority is sent to landfills or incinerators.“We need to use all the tools in our toolbox when it comes to fighting plastic pollution, and yes, that includes recycling – but recycling alone will never be the answer,” said Wallis. “Our recycling systems can’t handle the volume or complexity of materials on the market today. Meanwhile, plastic production is expected to double by 2035. We urgently need to reduce unnecessary plastic use and banning more harmful plastic products is a great place to start.”Two-thirds of Canadians polled support expanding the ban to other harmful plastics products, including hot and cold drink cups, cigarette filters, and all forms of polystyrene (Styrofoam). These items – and many others – are commonly found littered in the environment and polluting our waterways, yet they are missing from the proposed ban list. This is despite recent scientific modelling confirming we need to significantly reduce plastic waste generation – not just increase recycling – if we want to have a fighting chance of curbing the fatal flow of plastic into our waterways.“Eliminating unnecessary single-use plastic products is an essential piece of Canada’s regulatory approach – and something Canadians strongly support,” said Wallis.Specifically, Oceana Canada is calling on the Canadian government to:Expand the ban list to include additional problematic plastic items, resins and material types;Create a science-based methodology to determine which plastic products should be banned;Establish pre- and post-consumption targets that contribute to a defined goal and environmental objective;Require Extended Producer Responsibility and establish high diversion targets and recycled content requirements; andEnforce penalties that are stringent enough to motivate compliance.
Read Oceana Canada’s submission to Environment and Climate Change Canada regarding its proposed approach to plastic products and Oceana Canada’s report about Canada’s disproportionate contribution to the global plastics disaster.To arrange an interview please contact: Tammy Thorne, Communications Manager, Oceana Canada, 437.247.0954, [email protected]. Oceana Canada was established as an independent charity in 2015 and is part of the largest international advocacy group dedicated solely to ocean conservation. Oceana Canada has successfully campaigned to end the shark fin trade, make rebuilding depleted fish populations the law, improve the way fisheries are managed and protect marine habitat. We work with civil society, academics, fishers, Indigenous Peoples and the federal government to return Canada’s formerly vibrant oceans to health and abundance. By restoring Canada’s oceans, we can strengthen our communities, reap greater economic and nutritional benefits and protect our future.Photos accompanying this announcement are available at:
https://www.globenewswire.com/NewsRoom/AttachmentNg/c515fbe1-cbe1-45b4-aa87-80bcfecea82c
https://www.globenewswire.com/NewsRoom/AttachmentNg/80a62673-eba7-483b-b808-502d20a61cf7
https://www.globenewswire.com/NewsRoom/AttachmentNg/aa3a51b9-0819-47a5-ac3c-cc585d834386
https://www.globenewswire.com/NewsRoom/AttachmentNg/3d0532a1-0d70-4739-8498-e16921911dc5 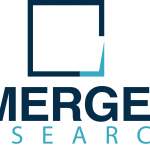 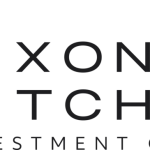