Canadians are Eager to Support Small Businesses and Startups 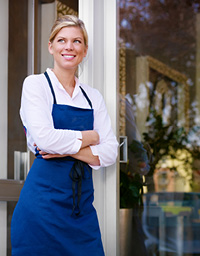 In a difficult economy, nobody can deny the fact that money is tight. A combination of consumer good price inflation and a tough economic environment have combined to leave Canadians choosing carefully how to spend their money.

That’s why it comes as a surprise to learn that according to a study by Ipsos, six out of every 10 Canadians are willing to spend more on a product or service if they are able to support a small business in their community. The same study also showed that 94 per cent of Canadians believe that small businesses play a vital part in our economy.

Having a small business may be difficult but it carries a few benefits that can give you an advantage over the larger corporations. These benefits span from low overhead, to having a small and highly innovative team.

Statistics Canada has found that smaller firms actually demonstrate a larger return on assets (ROA) than larger firms, with the peak ROA occurring for firms with between five and less than 20 employees. While profit is decided by a lot of factors, nobody will deny that customer relationships are integral to success.

Jesse Bannister and Josh Vanderheide are co-founders of alsoKNOWNas, a design firm in Vancouver, B.C. Before opening the firm they were both freelancers who occasionally collaborated on projects. As they worked together more, they realized that they would get even more done if they joined forces.

Jesse and Josh have recognized that as a small business, their number one advantage is their approach to the work. “The difference between a small business and a big business is that in big business people are usually looking to build businesses, whereas we actually are in this business to do good work and work with clients. We do the work here.”

This seems to be the most noticeable difference between small and large businesses. Small business owners are in it because they have a passion for the work and love the job while many larger businesses get stuck on the bottom line.

Kylie Lakevold already owns a small graphic art and marketing firm in Calgary but that didn’t stop her from opening another small business with business partner Joseph Pineda. TypeWhale is an innovative communication platform that is looking to connect journalists and smaller businesses, making public relations and marketing accessible to the small business sector.

Kylie says she can definitely identify with Jesse and Josh’s sentiment.

“We are doing it for the love of it. We are able to get in at the ground level and actually build a relationship with these people.”

These strong relationships between the customer and owner are another vital advantage that small businesses have. With a smaller client base the owners of the business are able to be in the field communicating directly with the customers, a reality that just isn’t possible with a large business.

Jacqueline Dinsmore started a company with her mother while she was pregnant. They were going on vacation and her mother packed 10 handbags. Jacqueline took one look and said “This is ridiculous.” Together, they came up with the idea for a reversible, convertible handbag. Now she could have handbags that had two designs in one bag. Just like that, Luvali was born.

Jacqueline feels like this strong customer relationship is one of Luvali’s greatest assets. “We can be one on one with our customers. There will be times when I pick up the phone and talk to stores directly. You’re not going to get that with a big company.”

It doesn’t just stop at sales calls; Jacqueline also makes sure to show up at as many trade shows as she can. That way, vendors can come to the booth and speak directly with the owner instead of some spokesperson.

Another large advantage that small businesses have is their small, tight-knit, teams. With a small group of employees there is very low overhead and nobody gets lost in the mix. Each employee’s ideas get heard and everybody is visible.

Hiring your first employee as a small business is an eye-opener according to Jacqueline. “We are responsible for people, we are paying people,” she states. “These are their wages; this is their salary; this is their income. That made a difference for us.”

The moment you realize that you are responsible for someone’s livelihood other than your own, everything changes. While scary this is also very exciting. Each employee in a small business has a vested interest in its success. The stakes are much higher and because of the small team, you can’t rely on other employees to pick up the slack.

“Employees have to form an opinion for themselves and act like small business owners,” says Josh Vanderheide of alsoKNOWNas. “In big business it is easy to hire an employee and have them hide in the corner but you can’t do that in a small business – you have to take an active role in working with the business and sometimes doing things where you are completely outside of your job role.”

Employees, and a passion for their work gives small businesses a noticeable edge, but no business can be successful without the support of the community. According to these small business owners, Canadians really do want to support small businesses.

“I think everybody sees a little part of themselves in small businesses. They want you to succeed because they identify with you,” says Jacqueline. “When I hear a small business closed, whether it is a restaurant or a small store, it makes me sad.”

Jesse and Josh started being approached by larger companies during the economic recession in 2008. The companies were looking at their budgets and wondered why they were paying so much for advertising. “They started to say I bet we could get this done by somebody smaller and still get the same quality of work.”

Small businesses have a strong edge in this economy. They have passion for their work. They have small, close-knit, creative teams. They have low overhead and small client bases giving them close relationships with their customers. All of these factors combine to give small businesses an edge over big business.

The question that remains is: Can small businesses maintain this edge while becoming larger? It is a tough question. Luvali is looking to continue expanding into the United States, but Jacqueline says she plans on staying involved on the ground level. TypeWhale is already partnering with some major schools in the U.S. for their academic sources but they are going to try and maintain their small team.

For Jesse and Josh at alsoKNOWNas, becoming larger is not interesting at all. To them, expanding means getting more people to take over jobs and overseeing the management of these projects. “At the end of the day we do the work here. We don’t manage people, we actually do the work.”

If expanding means more managing people and less interaction with the client then their view is very simple: “We aren’t looking to replace ourselves.”