On 07 January 2019, Southern Coal (Pty) Ltd., (“Southern Coal”) the Corporation’s majority owned South African subsidiary, made its final payment for the 14 million Rand loan from ABSA bank, which was drawn down in February 2015. Repayment of this loan now releases Southern Coal from monthly instalments of approximately 392,000 Rand (approx. C$37,000 or US$28,000), which the Corporation plans to allocate to future diversification or expansion projects.

On 21 January 2019, and further to the Corporation’s announcement on 15 August 2018, Southern Coal was awarded a Level 4, B-BBEE rating. Christopher Way, Chief Executive Office of Canaf, states, “Achieving a Level 4 rating is a proud achievement for Southern Coal, and now frees up the company’s ability to engage in long-term agreements with existing and new potential customers.”

The achievement of both the repayment of debt and the award of a Level 4 B-BBEE rating further strengthens the Corporation’s financial and strategic position, as it looks at new investment and expansion opportunities.

Canaf is a public company listed on the TSX-V Exchange. Canaf’s registered office is in Vancouver, Canada, with subsidiary offices in the United Kingdom and South Africa. Canaf owns 100% of Quantum Screening and Crushing (Pty) Ltd., (“Quantum”), a South African based company that owns 70% of Southern Coal (Pty) Ltd., (“Southern Coal”), a company that produces a high carbon, de-volatised (calcined) anthracite.

The TSX Venture Exchange has not reviewed and does not accept responsibility for the adequacy or accuracy of this release. 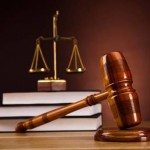 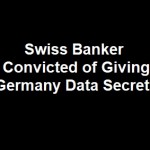