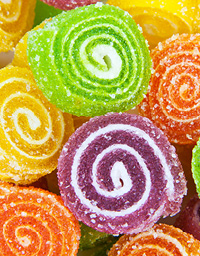 Sometimes it is the simple ideas that bloom into business gold. For Margaret McEntire, the combination of flowers and chocolate proved to be just that.

Creating unique gift bouquets made not with petals, but from beautifully arranged candy and chocolates, McEntire turned her basement business into a franchise empire. For more than 22 years, Candy Bouquet has been an extraordinarily successful franchise and has more than 550 locations across the globe.

This issue, The Canadian Business Journal explores why this simple idea is such a great investment.

Candy Bouquets are gift arrangements sent for occasions. “I had a dream that flowers and candy could somehow roll together. Florists had been toying with the idea 30 years before I got to it,” says McEntire. “You would see bouquets with a box of chocolates tied on the front. I think that basically I just got the idea perfected.” McEntire started her first business out of her home with a mere $1,000. Through successes and failures and a lot of hard work, McEntire realized the business had incredible potential as a franchise.

McEntire now has Candy Bouquet franchisees all over the world and has won numerous awards and accolades over the years for her franchise model. Most recently, in January of 2011, Candy Bouquet was awarded the No.1 Top Franchise Deal in the ‘Low Cost’ Category by Entrepreneur Magazine’s Franchise 500 issue.

“It’s an easy thing to do because you can do it from your home,” says McEntire, who has franchisees operating Candy Bouquet’s from both their homes, as well as in highly visible retail areas such as malls or hospitals. There are no royalty fees to pay, simply a small monthly association fee. In exchange for this, Candy Bouquet’s valued franchisees are given the support they need and advice on how to manage their business, arrange the bouquets, design their storefront, and other useful additions.

Every new franchisee attends a weeklong training conference which outlines the basics of business that someone needs to know. This includes such things as inventory control, product pricing, marketing and advertising, accounting—pretty much any aspect of business an owner may need to know, wrapped up neatly into a well-organized one week course.

Candy Bouquet is an easy model to roll out on a global scale, and the standard introduction package for franchisees is now operational in other business environments as well.” It is something that will work worldwide and I don’t think there are a lot of franchisees that can do that,” says McEntire. “The entire world loves candy and they love flowers.

“We are teaching in three different countries this week; we have a class in Saudi Arabia right now.” Further global expansion is definitely something McEntire has her eye on. “China and India are two markets we would like to break into,” she says. Given the easily translation of the brand into multiple markets, it seems entirely likely.

During the recent economic downturn, small nice businesses such gift or flower shops were particularly hard hit. “It was tough on every franchise company you can think of,” says McEntire of the recession. Fortunately, Candy Bouquet has a strong brand, a resilient business model, and a smart, strategic leader at the helm that helped to carry it through.

“Fortunately I am an extremely conservative person and I don’t have bank loans against the business. We had some cash and held on to it and we survived it, but I did have some stores that we lost. These were small candy stores and we saw a lot of these types of businesses go under at that time. Fortunately we have a lot of home-based businesses, and that saved a lot of my franchisees.”

Candy Bouquet has been in business a long time, and has proven time and again to be a business worth an investment. As for McEntire, what is her philosophy for running a business? Quoting Winston Churchill’s famous five word speech, ‘Never, never, never give up’, she says this is a secret to success.

“I think that is such a key, especially in any kind of small business. People say you have to give something five years and that is so true.” Candy Bouquet is a perfect example of how that sentiment rings resoundingly true.