VANCOUVER, British Columbia, Aug. 13, 2020 (GLOBE NEWSWIRE) — Cannabix Technologies Inc. (CSE: BLO) (OTC PINK: BLOZF) (the “Company or Cannabix”) developer of the Cannabix Marijuana Breathalyzer for law enforcement and the workplace, is pleased to report that it has been performing user testing with human subjects in Vancouver, BC with its version 2.0 THC Breath Analyzer (“THCBA”). The THCBA device currently provides results in under five minutes. Cannabix has been testing the THCBA device with positive and negative cannabis breath samples with the objective of further training the device’s machine learning database and optimizing components for its upcoming (more robust) version 3.0 device. In recent weeks, Company engineers have also been focusing on device scalability, reducing device production costs, and have tested new thermoplastic soft molded components that would allow for higher durability, and reproducibility. Additional sensors are being incorporated into the device that will integrate more breath sample meta-data and will allow for device usage under a wider range of environmental conditions. Engineers have also developed a technique for sanitization of the device between users, and the GUI for the device has been simplified for administrators.  Many of these improvements have been incorporated into the current device and other improvements are scheduled to be included into a version 3.0 device that will undergo more widespread pilot use. Recent pictures of user testing activity with the THCBA version 2.0 are included in this press release and available on the Company’s website at www.cannabixtechnologies.com.
The user testing procedure includes a baseline breath sample prior to the subject smoking cannabis followed by samples taken after smoking cannabis at multiple time points up to a minimum of 2 hours.  Newly available images show how a subject interacts with the device at various stages of use. The testing process includes a sampling stage, an analysis stage, and the results stage – showing when THC is detected (a positive result) and when THC is not detected (a negative result).The THCBA incorporates microfluidic sensor technology for the detection of THC from breath. The Company has been developing the THCBA with Dr. Mina Hoorfar at University of British Columbia Okanagan campus (“UBC”) and has an exclusive technology license agreement with UBC. Cannabix Technologies is on the forefront in research and development to create point-of-care breath testing technologies for the detection of ∆9-tetrahydrocannabinol (“THC”) – the psychoactive component of marijuana that causes impairment.About Cannabix Technologies Inc.Cannabix Technologies Inc. is a leader in marijuana breathalyzer development for law enforcement and the workplace. Cannabix has established breath testing technologies in the pursuit of bringing accurate, durable, portable tools to market to enable detection of marijuana-impaired driving offences on roads at a time when marijuana is becoming legal in many global jurisdictions. Cannabix is working to develop drug-testing devices that will detect THC- the psychoactive component of marijuana that causes intoxication- using breath samples. In particular, Cannabix is focused on developing breath testing devices for detection of recent use of THC, in contrast to urine testing for THC metabolite that requires an invasive collection and reflects usage, days or even weeks earlier. The devices will also be useful for other practical applications such as testing employees in the workplace where impairment by THC can be hazardous.We seek Safe Harbor.   On behalf of the Board of Directors“Rav Mlait”CEO
Cannabix Technologies Inc.For further information, contact the Company at [email protected]The CSE has not reviewed and does not accept responsibility for the adequacy or accuracy of this release.Cautionary Statement Regarding Forward-Looking StatementsPhotos accompanying this announcement are available at: https://www.globenewswire.com/NewsRoom/AttachmentNg/ebc13a7e-1dc7-4b41-9a5c-4e34a406ebd2https://www.globenewswire.com/NewsRoom/AttachmentNg/eb3a4104-7987-43d6-a7e2-2fed8328f6c7 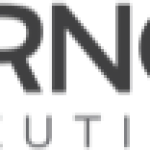 Algernon Announces Enrollment of First U.S. Patient in Multinational Phase 2b/3 Human Study of Ifenprodil for Treatment of COVID-19 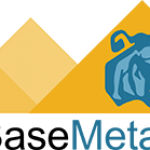