Home | Features | July 11 | CAPP – Pioneering the positive side of petroleum

CAPP – Pioneering the positive side of petroleum 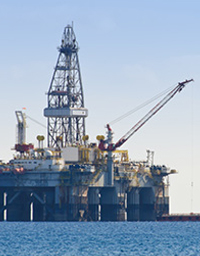 Through its ‘Energy in Action’ initiative the Canadian Association of Petroleum Producers (CAPP) has taken on the challenge of passing on to the public the important messages deriving from the country’s oil and natural gas industry, include the work being undertaken to strengthen sustainability and environmental stewardship. CBJ speaks to David Pryce, Vice-President of Operations, to find out more about the initiative and asks about the challenging issues facing the association and the industry in the coming months and years.

CBJ: What is the ‘Energy in Action’ initiative and how has it been received by the public?

DAVID PRYCE: ‘Energy in Action’ is a national initiative, which we’ve been doing for a number of years. CAPP’s role is to coordinate the involvement of our member companies in the communities where our industry explores for and produces hydrocarbons.

The aim of the initiative is to get local community members together at a central event, such as a tree planting activity for example, where they can interact with industry folks from their community and with each other.

It gives them the opportunity to open dialogue channels regarding the issues arising from our industry’s actions, and while it is not intended to be a hard-hitting initiative, it is there to create the linkages between industry staff and community representatives.

CBJ: Does public involvement vary depending on where you are in the country?

DP: I’m sure it does as it’s focused on the areas where our members conduct their business. That primarily means the three western provinces, as well as Atlantic Canada, but we haven’t yet taken it across Canada so to speak.

CBJ: How do you ensure you are positively representing your members through the program while also taking into account public perceptions of the petroleum industry?

DP: We spent a number of years trying to help people understand the facts of our industry by putting together documents that said we were one of the world’s largest producers, how much revenue we generated, and how much job creation we were responsible for.

While I still think these are important facts, when we polled the public to find out what their opinions of us as industry were, the feedback we received told us that they had plenty of questions for us and that we weren’t necessarily dealing with their concerns.

The Oil Sands Dialogues was a program designed to act as a listening post for our industry and I think we surprised the public in that respect by telling them that we were there to listen to them.

I think it was a surprise when people realized that we truly wanted them to tell us what they were thinking and then take that information away to digest so that we could respond to the issues or concerns they raised.

It was important for us and the audience that we weren’t going to them with pre-conceived ideas of what we thought they wanted to hear. We wanted to get back to basics in respect to what the public and other stakeholders were thinking about.

CBJ: Were you surprised by what you heard or by any of the questions asked during the survey?

DP: Notwithstanding some of the debates regarding the merits of oil sand production and the commonly-asked questions relating to the movement of products to the U.S. market, people clearly want to make sure we were aware that there is an expectation that we work responsibly.

I think it was interesting, gratifying and somewhat surprising to learn that people understand how important energy is and that the oil and gas business is an important component of the energy mix. That is something they understand, but they just want to have confidence that we’re doing it properly.

I think the work we’ve been doing for our communication strategy in getting our messages out to the public is starting to resonate with folks. It is very concise and specific, and it brings the industry’s human factor to the fore.

It has demonstrated that people are confident and engaged in the work we’re doing, and that is evident in the Oil Sands Dialogues Report and in some of the polling we have conducted.

CBJ: Is this message making its way down the supply chain?

DP: It probably is to some degree and in time it definitely will, but it will probably take a bit of time for the information to filter all the way down the chain and be digested.

I would hope, however, that further down the chain suppliers are taking the time to do their own comparative studies and are able to draw on their own conclusions.

CBJ: Aside from working on public opinion of the industry, what are the next big challenges facing CAPP?

DP: One of the key things going on at the moment is the reform of the regulatory and policy processparticularly in Alberta.

We’ve seen our industry grow over many decades, and alongside that we’ve seen the regulatory and policy environment grow, but as we did in fits and spurts so did the regulatory process.

I think there is a huge opportunity to reconcile, consolidate and integrate in both the policy and regulatory worlds. The Albertan government is looking to provide a forum and the mechanisms to integrate policy and policy choices across the different regions of the province.

That’s critical for CAPP because it will provide us with greater predictability on the province’s resource development activity, while at the same time reviewing the ways the government modernises its regulatory environment.

It is also looking to consolidate its regulators into one single regulator, which will be beneficial to not only us, but to the public as well. It will provide a single point of view with an across-the-board understanding of the industry.

In terms of other areas of priority, we have recently spent a lot of time talking about the front end of the oil sands sector and moving that into a well understood place with the public. I think we’re going to have to do the same thing for the natural gas side of the business.

We’ve seen a lot of interest in and beyond North America regarding the notion of unconventional gas production such as tight gas and shale gas, and I think people are asking questions about what they are and how they are developed.

They want to understand the issues relating to fracking in gas production and we intend to undertake an exercise in communication regarding that. We are acting to ensure that our practices are current and state of the art in respect to the development of these resources.

CBJ: How closely are you working with your partners in the United States?

DP: Many of our members are active in the States and hold member ship in our sister associations across the border.

We are working with them on technical questions and communication initiatives to make sure we are correctly positioning our activities toward the public, especially when it comes to providing reassurances that we have a robust regulatory process in place.

DP: Technology provides the industry with a lever to open up some of the more difficult resources to produce, especially in respect to unconventional gas and oil production. Technology is critical to unlocking these resources, but it’s also going to be critical in terms of providing the mechanism to better manage the footprint of the industry.

If you look at the questions being raised on oil sand tailings ponds, we now have an industry committed to sharing technology and knowledge regarding the issue, and there is an expectation from the federal government that the industry acts more collaborative in this respect.

I think we’ll see industry leveraging off of each other for the things that transcend the competitive aspect of the businessespecially in respect to the things we all need to be doing effectively so that the public, the politicians and the NGOs see that there is a commitment from us all to act responsibly.

CBJ: What plans are being drawn up in respect to opening up new markets for the Canadian petroleum industry?

A LNG facility to export natural gas out of Kitimat has been proposed and the National Energy Board set to hold a hearing on that soon.

We’re also taking a closer look at the emerging economies of far east Asia, where we think there may be a huge amount of potential for us.

From a competitive perspective we are a lot closer than some of the other sources in the Americas, such as Venezuela. The challenge will be how we get new pipelines built and how we encourage the new custom.

At the same time we’re seeing a shift in the U.S. market place where there is a significant growing demand for Canadian heavy oil and heavy crudeeven way down in Texas where Mexican and Venezuelan sources are beginning to drop off.

So we’re looking to create and take the opportunities that are being presented to our industry and how we can get our product to these new markets is certainly a focal point for us.