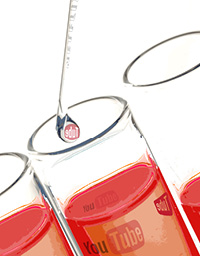 Usage-based billing (UBB) is not a new concept, but a recent ruling by the Canadian Radio-television and Telecommunications Commission (CRTC) that would impose UBB on all Internet Service Providers (ISPs) has raised concerns about the future of Canadian Internet use and its pricing structure.

The Jan 24 ruling “imposes a cap on how much an individual can download a month. Once that cap is exceeded, the individual must pay an additional fee per gigabyte downloaded,” the CRTC stated. “Most customers of the major ISPs already have download caps. The CRTC’s ruling would allow major ISPs to impose caps on smaller ISPs who use their infrastructure.”

Essentially the big providers want a pay system like phone bills, where consumers are charged for going over allotted minutes. What was probably thought to be a cut-and-dry ruling drew the ire of not only Industry Minister Tony Clement, but also thousands of Internet users, forcing the CRTC to announce a week later that it would be reviewing its position.

Turning to the net for videos and TV

Since major companies like Bell or Rogers pay for the infrastructure through which Internet data moves, why is imposing a UBB model news at all, especially considering the large majority of users subscribe to that model?

“I think [there is] particular frustration on a consumer level for use of UBB and data caps by virtually all Canadian ISPs,” says Michael Geist, Canada Research Chair in Internet and e-Commerce Law at the University of Ottawa. “[UBB] was the spark behind a lot of pent up frustration and concern with those developments.”

As typical Internet use shifts away from casual web browsing to data-heavy downloading and streaming of videos, movies and television shows, telecommunications giants too are shifting how they charge for this use. It is their position that online traffic is growing at such a rate that tiered systems need to better match supply with demand, and to make enough to expand capacity, which costs billions of dollars. Bell, for one, anticipates volume growth on its network this year to be 25 per cent of 2010’s volume.

“I do access movies and television via the Internet now,” says Lynne Cunningham, 31, of St. John’s, N.L. “I don’t rent movies at the store anymore, I just stream them online.  And I don’t have cable TV either—I watch online.”

But third-party ISPs like MNSi of Windsor, Ont., see the cap as a thinly-veiled cash grab to subsidize data-heavy services like Netflix and online viewing. This new usage competes more directly with cable and satellite companies, which are also owned by the major telecom companies. The more movies you watch through Internet services, the more those companies lose.

Companies like Bell and Rogers see the online video as being a huge threat “so they want to find a way to stop online video. Putting these punitive caps on is a way of doing that,” says Clayton Zekelman, CEO of MNSi. “Netflix and other types of online video present an alternative choice to those high-profit margin businesses and Bell wants to dissuade people from using those services,” says Zekelman.

This means users like Cunningham have to open up their wallets. “I use to have the lower level that gave me 60 GB a month.  But I sometimes use over that and get dinged with a $2 per GB fee.  So I now have the 95 GB per month plan.  With fees and such I pay about $70 per month just for my Internet.”

Like Cunningham, more and more users are either hitting their cap or ordering larger plans in order to accommodate the amount of data that they need. In Geist’s experience, consumers don’t feel like they have much choice when it comes to ISPs, saying choice is limited to either a cable provider or a DSL provider.

“They dominate the marketplace—the duopoly between those two providers means that there is little effective choice,” he said. “Both cable and DSL offer the same model with the same kinds of data caps, and there I think consumers are concerned. With the emergence of  new services [such as Netflix] that can use a considerable amount of data, if all of it is subject to restrictive data caps, much of that choice will be lost amongst those hidden costs.”

Zekelman says there is a common misconception that small ISPs buy internet from Bell and resell it. “That is not the case. We buy access to our customers through their network and then we have to pay for [fixed-size] inter-connective capacity between their network and ours.”

In other words, third-party ISPs pay for the capacity to interconnect for their network. “If we have customers who are downloading too much, we need to buy more interconnect capacity between our networks,” he says. “We already pay for that capacity and [the CRTC] is trying to force their retail business model on us.”

Clement echoed Geist’s sentiments, taking to his Twitter account, “This is about forcing a single business model on all competitors. I’m for market choice.”

Then there is the issue of exorbitant mark-ups. The $1 to $4 overage charges aren’t related to the cost of providing bandwidth, says Zekelman, which most estimate to be a few cents per gigabyte.

Unlike hydro, gas or electricity, the Internet is not a finite resource. So while the idea of paying for what one uses is a familiar one, it is not relevant with Internet usage. “If certain industries would like to treat Internet access like a utility, it might become a case of ‘be careful what you wish for’,” Geist says.

“Those utilities are regulated—and so there is room for a reasonable profit but the kind of mark-ups that we witness in the Internet space, the cost for a provider of a gigabyte of data is little more than a couple of pennies, and yet overages can run as much as $5 a gigabyte. It seems to me you never see that kind of mark up of pricing if this was a truly regulated utility.

“The fundamental problem we have in Canada now is there is so little competition that you just choose between cap A and cap B.”

Currently, this is the Internet access business landscape—a duopoly. By forcing small ISPs to revoke unlimited packages, the CRTC would effectively negate any strategic advantage they had in the marketplace. Instead of promoting competition, which is the CRTC’s mandate, this rule would kill competing by eliminating any distinction third party ISPs had from the big providers by forcing low caps on internet use and charging fees unrelated to the cost of providing a service to the consumer. Tony Clement made the right decision to override the ruling by the CRTC, which has until March 31 to review its decision.