TORONTO, Nov. 04, 2019 (GLOBE NEWSWIRE) — Cardinal Resources Limited (ASX / TSX: CDV) (“Cardinal” or “the Company”) is pleased to announce the results of the Company’s Annual General Meeting held today in Australia (the “Meeting”). At the Meeting, proxies representing 311,322,627 shares were received, representing approximately 76% of the shares eligible for voting at the Meeting as of the record date. With the exception of the special resolution requiring 75% majority to approve the 10% placement capacity under ASX Listing Rule 7.1A, all matters presented for approval at the Meeting by management of the Company were duly authorized and approved. The resolutions approved included the election of all management nominees to the board of directors of the Company (“Board”), that were due for election and the ratification of the Company’s prior issue of shares.
Detailed voting results regarding the election of directors are as follows:Archie Koimtsidis being the Managing Director was not required to be re-elected and Malik Easah and Michele Muscillo having been most recently elected as directors at the annual general meeting of shareholders of the Company held on October 31, 2018 and November 22, 2017 respectively were also not due for re-election at the Meeting and thus these directors remain on the Board.In accordance with ASX Listing Rule 3.13.2 and section 251AA(2) of the Corporations Act 2001 (Cth), the following information is provided to the Australian Securities Exchange in relation to resolutions passed by members of Cardinal Resources Limited.Note: Resolution numbers in this table refer to the resolution numbers in the Notice of Annual General Meeting dated September 20, 2019.
Note 1: Resolution 5 was withdrawn from the meeting.For further information contact:
Andrew Rowell
Cannings Purple
E: [email protected]
P: +61 8 6314 6300DisclaimerThis ASX / TSX press release has been prepared by Cardinal Resources Limited (ABN: 56 147 325 620) (“Cardinal” or the “Company”).  Neither the ASX or the TSX, nor their regulation service providers accept responsibility for the adequacy or accuracy of this press release.This press release contains summary information about Cardinal, its subsidiaries and their activities, which is current as at the date of this press release.  The information in this press release is of a general nature and does not purport to be complete nor does it contain all the information, which a prospective investor may require in evaluating a possible investment in Cardinal.By its very nature exploration for minerals is a high‐risk business and is not suitable for certain investors.  Cardinal’s securities are speculative.  Potential investors should consult their stockbroker or financial advisor.  There are a number of risks, both specific to Cardinal and of a general nature which may affect the future operating and financial performance of Cardinal and the value of an investment in Cardinal including but not limited to economic conditions, stock market fluctuations, gold price movements, regional infrastructure constraints, timing of approvals from relevant authorities, regulatory risks, operational risks and reliance on key personnel and foreign currency fluctuations.Except for statutory liability which cannot be excluded and subject to applicable law, each of Cardinal’s officers, employees and advisors expressly disclaim any responsibility for the accuracy or completeness of the material contained in this press release and excludes all liability whatsoever (including in negligence) for any loss or damage which may be suffered by any person as a consequence of any information in this Announcement or any error or omission here from.  Except as required by applicable law, the Company is under no obligation to update any person regarding any inaccuracy, omission or change in information in this press release or any other information made available to a person nor any obligation to furnish the person with any further information.  Recipients of this press release should make their own independent assessment and determination as to the Company’s prospects, its business, assets and liabilities as well as the matters covered in this press release.
CBJ Newsmakers 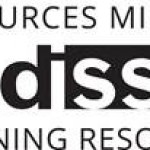 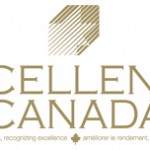