TORONTO, April 08, 2020 (GLOBE NEWSWIRE) — Cartier Iron Corporation (CSE: CFE) (“Cartier Iron”), announces that it has suspended the 1,000m diamond drilling program planned for the Big Easy Gold project located on the Burin Peninsula in eastern Newfoundland. The drill program was designed to test the core of the Central IP chargeability anomaly (see press release March 4, 2020). Hole BE18-30 on the west edge of this anomaly intersected a major new anomalous alteration zone grading 0.11 g Au/t and 2.65 g Ag/t over 180.4m core length (see press release December 20, 2018).
The results from the reconnaissance drill program confirmed that the Central chargeability anomaly reflects an extensive zone of low sulphidation epithermal alteration and mineralization that is up to 200m wide with a depth extent of at least 250m (see press release January 17, 2019). The zone is open along strike and downdip. The previously completed holes only tested the western and eastern edges of the anomaly due to the constraints of the bog. The planned winter drill program was designed to test the centre of the anomaly where the strongest chargeability responses are located. The new planned holes, combined with the previously drilled holes, would have provided a good test across the entire 200+m width of the chargeability anomaly to a depth of at least 300m.Tom Larsen, President & CEO of Cartier Iron said: “This is disappointing but the impact of the COVID-19 epidemic and deteriorating field conditions made it impossible to carry out an environmentally sound and cost-effective program. We are evaluating our options for rescheduling the drilling. We wish everyone the best in these difficult times.”Qualified PersonDr. Bill Pearson, P.Geo., a Qualified Person as defined under National Instrument 43-101 (NI 43-101), has reviewed and approved the scientific and technical content of this press release. The IP/Res survey was designed and supervised by Dr. Chris Hale, P.Geo., Chief Geophysicist for Cartier Iron and a Qualified Person as defined under NI 43-101. Cartier Iron gratefully acknowledges the support of the Newfoundland and Labrador government through the Junior Exploration Assistance program.About Cartier Iron CorporationCartier Iron is an exploration and development Company focused on discovering and developing significant iron ore resources in Quebec, and a potentially significant gold property in the province of Newfoundland and Labrador. The Company’s iron ore projects include the Gagnon Holdings in the southern Labrador Trough region of east-central Quebec. The Big Easy gold property is located in the Burin Peninsula epithermal gold belt in the Avalon Zone of eastern Newfoundland.Please visit Cartier Iron’s website at www.cartieriron.com.For further information please contact:
The CSE has not reviewed nor accepts responsibility for the adequacy or accuracy of this release. Statements in this release that are not historical facts are “forward-looking statements” and readers are cautioned that any such statements are not guarantees of future performance, and that actual developments or results, may vary materially from those in these “forward-looking statements”.
CBJ Newsmakers 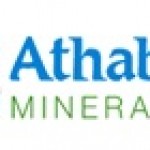