Casting a Global Net and Exposing Canadian Companies to Risk 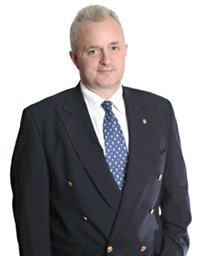 Do you operate in markets or industries with a high risk of corruption or bribery?

Do you know if your internal anti-corruption policies are sufficient to defend your company and its senior management from prosecution under current anti-corruption legislation?

Do you have operations located in the United States or United Kingdom?

These are some of the critical questions that should be front-of-mind for globally active Canadian companies, as countries around the world — including the U.S., U.K. and Canada — enact and enforce new and stringent regulations around corruption and bribery.

Canadian companies operating in global markets have been subject to multiple foreign laws and are at risk on a number of fronts, which now includes anti-bribery and corruption legislation. As this risk landscape expands, you need to understand the local and international laws relevant to your activities and take steps to identify, avoid and respond to unintended complicity.

Canadian companies must now work to understand the substance and reach of U.S. and U.K. laws in particular, as well as our own legal environment. The U.S.

Foreign Corrupt Practices Act (FCPA) and new U.K. Bribery Act are both designed to directly and significantly address bribery and corruption, but they are not aimed exclusively at domestic companies, making it clear that the fight against corruption transcends national borders and has become a global imperative.

Change is here, and it’s in your best interests to see that your organization understands the landscape. Because the web of new legislation is complex, understanding the big picture can be particularly difficult for companies operating in multiple jurisdictions. From fines and reputational damage to jail time for convicted individuals and probation orders and class action lawsuits for companies, the consequences of non-compliance can be substantial.

Initial corporate reaction to this new wave of global anti-corruption legislation has been mixed. Of course, no company supports, encourages or countenances any kind of criminal behaviour, but “corruption” often occupies a middle ground. Many business practices that have long been accepted — client entertainment and gifting, for example — are now under scrutiny.

Both private and public companies have been — and will continue to be — aggressively targeted under these laws, particularly those doing business in foreign markets where the risk of corruption is high. Sanctions for failing to comply with these laws are potentially severe, with fines, penalties and jail time all on the table.

To put it plainly, these regulators mean business.

In the United States, enforcement and prosecutions in bribery and corruption cases under the Foreign Corrupt Practices Act almost doubled from 2009 to 2010, and the size of fines increased as well. Of the top 10 penalties incurred since the Foreign Corrupt Practices Act’s inception, eight occurred in the past 24 months, including U.K. defence contractor BAE’s settlements of almost $500 million U.S. Eight of the top 10 list are also foreign, not U.S. corporations.

The Department of Justice (DOJ), the Securities Exchange Commission (SEC) and other authorities are highly focused on developing sophisticated techniques and procedures for taking offenders to court. This has had the expected impact on US companies, but a more worrisome trend for the rest of the world is the consistent targeting and pursuit of non-US-based entities.

Although the international holdings and complex structures of multinationals often discourage scrutiny, the United States is no longer holding back, and their approach is successfully breaking down traditional barriers to cross-border prosecutions.

The United Kingdom’s recent Bribery Act, which came into effect July 1, 2011, may apply to a Canadian company if it “carries on a business or part of a business” in the United Kingdom. The British authorities have made it clear that they will vigorously pursue cases where a U.K.-based company is impacted by bribery, irrespective of where in the world the acts or omissions may have been committed.

In other words, the bribery activity can take place anywhere in the world and it would appear that the U.K. authorities — like their U.S. counterparts — intend to take an aggressive stance on jurisdiction. The guidance document published by the Ministry of Justice clearly states that they will also have jurisdiction over offences committed outside the United Kingdom where the person committing these offences has a close connection with the United Kingdom.

While the courts will decide how the Act applies to non-U.K. companies, the Serious Fraud Office — the police department responsible for handling investigations of this nature appears to be taking the view that virtually any company conducting business in the United Kingdom must be in compliance.

The scope of this law actually exceeds the FCPA in several significant areas. First, the U.K. Bribery Act applies to commercial bribery as well as bribery of government officials. This means that prosecution of business-to-business bribery is fair game. Second, the Act considers “failure to prevent bribery” an offence. This may be its most ambitious and far-reaching provision, and the most controversial, as it suggests that if a company with no anti-corruption measures in place becomes implicated in bribery, the lack of a program may itself  be a crime. Third, facilitation payments, which are allowed under the FCPA, are specifically disallowed under the U.K. Bribery Act.

The Act focuses on companies registered in or with offices in the United Kingdom or that employ U.K. citizens, but even without direct ties to the United Kingdom, Canadian businesses with global presence or aspirations need to understand U.K., U.S. and other global anti-corruption legislation and be aware of related emerging issues.

The Bribery Act was apparently a consequence of OECD criticism of U.K. anti-corruption efforts in 2008.  Bribery and corruption have been more in the spotlight since the OECD singled out Canada as the worst offender amongst G7 nations, primarily because of a lack of progress in enforcing the OECD Anti-Bribery Convention. It therefore seems likely that the Canadian government could also react similarly by amending the CFPOA.

In fact, we are seeing increasing enforcement of the CFPOA’s existing measures. The conviction of Niko Resources Ltd. in June 2011 (along with a C$9.5 million fine), a raid on junior mining company Blackfire Exploration in Calgary and probes into the overseas operations of SNC-Lavalin are just a few of the dozens of known cases currently under review by the RCMP, and there is at least one further prosecution — Nazir Karigar, who has been charged with corruption in as case allegedly involving Air India.

Clearly, the rules have changed. International enforcement legislation is broad, diverse and has teeth, which means that Canadian companies need to take corrective action. The best advice? Take charge, before the regulators take action. Understand the specific risks facing your organization, and make sure you understand the laws to which your international operations are subject. Be sure you and your employees know and understand the risks. Make sure you have an effective anti-corruption policy and procedures that considers the prevention, detection and ramifications of foreign corruption and bribery and make sure that all individuals and entities acting on your behalf overseas are properly trained in your anti-corruption policies and procedures.

And finally, when designing your anti-corruption policy, remember that enforcing an organization-wide culture change is equally critical. Make sure that the policy change and the culture change go hand-in-hand.

Sandy Boucher is a senior investigator with Grant Thornton LLP with 29 years of international experience. Born in England, he served with the Royal Hong Kong Police for 12 years before moving to Canada and joining the private sector in 1995. He has since worked on a wide range of cases around the world primarily focusing on fraud, corruption, background due diligence and litigation support work. Sandy regularly addresses industry and business gatherings as a public speaker.