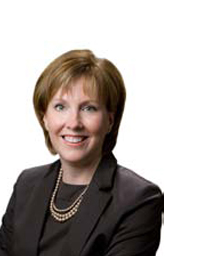 There is a prevalent mindset that might suggest that female representation in Canadian business is a non-issue. The fight has been fought—and won—by the women who hold some of the highest offices in the country, or even by those who chose to stay at home, hasn’t it? When it comes to the topic of writing about the role of women in business, is the topic itself out-of-date, or counter-effective?

To consider the aforementioned questions implies that progress has been made since 1962, when socio-economical inequalities necessitated the formation of Catalyst, the leading non-profit membership organization expanding opportunities for women and business. Since its formation, Catalyst has established itself as the leading research and consultancy group for female representation in the workplace, whose work has provided the measuring stick against which progress in gender representation has been recorded.

To those who asked the aforementioned questions, one look into Catalyst’s work and data suggests the answer is that the representation of women in business is very much an issue that needs an advocate. The information that they have compiled illustrates why this topic is worth exploring and needs awareness.

Each year, Catalyst conducts an exhaustive survey of Canada’s public companies, essentially providing a snapshot of the current business landscape. The 2010 Catalyst Census: Financial Post 500 Women Senior Officers and Top Earners census is described as “a rigorous and precise count of women senior officers and top earners in 468 FP500 companies as of June 1, 2010.”

“When we look at the highest earners in public companies in Canada, 6.2 per cent of them in Canada are women,” says Deborah Gillis, Senior Vice-President, Membership & Global Operations, who continues to see a lack of women in senior office positions in public businesses in Canada.

The data looks like a pyramid. “Consider in January of this year, there were 7.4 million women aged 25 or older in the labour force in Canada,” says Gillis. “Out of those 7.4 million, in the last Catalyst census we found that there were 800 senior women officers in Canada and 26 female Financial Post 500 heads of companies.”

Besides an absence of top female executives, Catalyst data reveals that women who do hold high positions are not being paid as much as their male equivalents.

“There is clearly a persistent gender pay gap in Canada,” says Gillis, pointing to a study published by Statistic Canada data, in terms of earnings, where in 2008 women earned on average 71.3 per cent of men’s earnings.

With single-digit numbers entering the conversation, it becomes clear that there is room for improvement in Canadian business.

“It’s hard to argue with the numbers,” says Gillis. “It’s interesting when we look at Catalyst research. We continue to see a similar issue for women in business generally including senior ranks. Another Catalyst survey showed that alumni from the leading 26 business schools around the world…in their first job post-MBA, women earn on average $4,600 less and the gap continues to widen over the course of their career.”

Gillis is optimistic that Catalyst work will prompt organizations to rethink their employment policies. “I think that many employers have very good intentions and believe they are moving employees into similar pay scales, but our research suggests that is not the case. This is a reminder to the leaders in organizations to look closely at policies and practices in recruiting and compensating employees,” Gillis says.

Creating a level playing field for men and women in workplaces ensures that employers have the ability to tap into and leverage the full range of talent available to them.

“When we look at the career path of MBA alumni from leading business schools around the world, one of the issues we looked at was the fact that women tend to be over-mentored and under-sponsored,” Gillis says.

Sponsorship is a much more proactive endorsement or support of an individual, while mentorship tends to mean more than giving of advice. There is an important distinction, argues Gillis. “Sponsorship means putting your own name and credibility on the line by endorsing an important individual by putting their name forward,” she says. “More sponsorship is an important part of the puzzle for advancement to leadership roles in Canada. It is something we see women don’t have as much access to as men at this point and it is a critical link.”

Catalyst aims to encourage this level of senior leadership commitment. “We know if change is going to happen in terms of culture and practices and policies, leadership must come from the top. The advancement of women in leadership must be identified and communicated as a strategic business priority and leaders in organization must be accountable for seeing the numbers move.”