TORONTO, Nov. 18, 2019 (GLOBE NEWSWIRE) — The Ontario English Catholic Teachers’ Association (OECTA) has filed a request with the Minister of Labour to have a conciliator appointed to assist in collective bargaining with the government and school board trustees.
The OECTA Provincial Bargaining Team has met almost 30 times with the other parties, and has been able to make significant progress with the trustees on a number of key issues. However, the government not only continues to insist on drastic cuts, but they have demonstrated a total lack of understanding or respect for the bargaining process.
“Catholic school board trustees have come to the table prepared to work constructively, but the government side is in complete chaos,” says OECTA President Liz Stuart. “Since this round of bargaining began, the government has been going out of its way to derail the process. They have made comments through the media that have had a detrimental effect on negotiations, introduced regulations and legislation that violate our collective bargaining rights, and played games with the public to muddy the issues and deflect blame. Finally, during the most recent bargaining session on Friday, November 15, the government abruptly informed us they are withdrawing some proposals and dismissing their bargaining representatives. At this point, we do not even know who represents the government at the negotiating table, let alone which positions or proposals they are authorized to bring forward or discuss.”
OECTA recently undertook a strike vote, in which 97.1 per cent of members voted in favour of authorizing strike action if necessary. “Our strike vote should have been a wakeup call for the government that it is time to get serious about negotiating an agreement,” says Stuart. “Instead, they have come back to the table more disorganized and disrespectful than ever. Premier Ford and Minister Lecce keep saying they want to bargain in good faith and drive a deal, but given the circus unfolding behind the scenes, it is becoming increasingly clear they have no intention of actually negotiating. This has been a tremendous waste of everyone’s time and resources.”
The move to file for conciliation comes on the same day that OECTA’s complaint is being heard at the Ontario Labour Relations Board. The complaint charges that the government’s changes to class size regulations violated their obligation to bargain in good faith, as well as the statutory freeze period, which says collective agreements cannot be altered while bargaining is ongoing.
“We are appalled at how the government has approached these negotiations, and we expect most Ontarians would be too,” says Stuart. “Minister Lecce is right to say there is uncertainty facing students, parents, and teachers – but it is time for him to acknowledge that responsibility for this lies squarely with the Ford government. Catholic teachers stand ready to get back to the bargaining table, just as soon as the government gets its act together.”  - 30 -OECTA represents the 45,000 passionate and qualified teachers in Ontario’s publicly funded English Catholic schools, from Kindergarten to Grade 12.Michelle Despault, Director of Communications
Ontario English Catholic Teachers’ Association
416-925-2493 x 509
m.despault@catholicteachers.ca 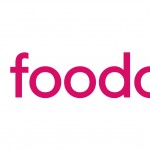