TORONTO, Jan. 28, 2020 (GLOBE NEWSWIRE) — The Ontario English Catholic Teachers’ Association (OECTA) has announced that it is planning a second one-day, province-wide walkout on Tuesday, February 4. Teachers in publicly funded Catholic district school boards across Ontario will not be reporting to work or performing any of their teaching duties.“We know Ontarians are growing impatient with these negotiations. Frankly, we share their frustration,” says OECTA President Liz Stuart. “But we cannot allow this government to wear us all down and force us to accept their devastating cuts. The long-term consequences for our schools and our students are simply unacceptable. Strike action is tough for everyone, but it is a sacrifice we need to make to show the government we will not be deterred in our efforts to protect what we have worked so hard to build.” OECTA members began administrative job action on January 13; this action will remain in effect until and after February 4. Catholic teachers also engaged in a full withdrawal of services on January 21. The Association has not had a bargaining date since January 9 and no additional dates are booked. “Minister Lecce keeps talking about private mediation, but this is further evidence of how out-of-touch he is with the bargaining process,” says Stuart. “We already have a highly respected Ministry of Labour-appointed conciliator helping with our discussions. She has said we currently remain too far apart on the key issues to make negotiations worthwhile.” OECTA says it is the government’s turn to step up and get negotiations moving. “We want to keep the details of our discussions at the bargaining table, but the government cannot claim our Association has not been flexible,” says Stuart. “As far back as October, we have been making creative and forward-thinking proposals that should have satisfied all parties. But the government’s negotiators have refused to move, insisting they have no authority from their political leaders to reach an agreement that does not include deep cuts that take valuable resources out of the classroom.”  The announcement of strike action comes as public opinion polls are repeatedly showing that Ontarians are overwhelmingly opposed to the Ford government’s education agenda. “Minister Lecce keeps claiming the government is being reasonable, but people are not buying it. They support what we are trying to accomplish,” says Stuart. “The government did not campaign on any of these policies, and they have no mandate from Ontarians to impose them. We are already seeing overcrowded classrooms, severely reduced course options, and the loss of vital supports for vulnerable students. What option do teachers have but to do everything in our power to keep the government from making things worse?”- 30 -OECTA represents the 45,000 passionate and qualified teachers in Ontario’s publicly funded English Catholic schools, from Kindergarten to Grade 12.Michelle Despault, Director of Communciations
Ontario English Catholic Teachers’ Association
416-925-2493 x 509
m.despault@catholicteachers.ca 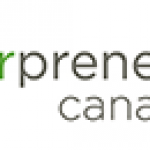 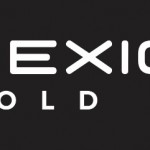