TORONTO, April 08, 2020 (GLOBE NEWSWIRE) — Members of the Ontario English Catholic Teachers’ Association (OECTA) have ratified the agreement on central terms for a new contract. “This was a particularly difficult round of negotiations, in which the government was seeking to implement significant cuts to publicly funded education,” says OECTA President Liz Stuart. “Our bargaining team put in a tremendous amount of time and effort to reach an agreement that will allow Catholic teachers to continue providing high quality education over the long term.”The agreement was reached by OECTA, the government, and the Ontario Catholic School Trustees’ Association (OCSTA) on March 12. The bargaining process included more than 50 meetings. As a demonstration of their opposition to the government’s positions and support for the OECTA bargaining team, Catholic teachers engaged in their first-ever province-wide strike action, including four one-day full withdrawals of service.“Catholic teachers made it clear every step of the way that we would do what it took to stand up for students,” says Stuart. “As a result, among other things, we have secured funding for programs and supports for vulnerable students, ensured that no student has to participate in mandatory e-learning, and enhanced processes related to the reporting of violence in the classroom.” The agreement also allows OECTA to continue pursuing a Charter challenge against the government’s unconstitutional cap on compensation increases. The agreement does not include a “me-too” clause. With the Memorandum of Settlement of Central Terms having also been ratified by OCSTA and agreed to by the Government of Ontario, the Association will now begin the process of negotiations between local OECTA units and Catholic school boards for the local terms of their respective collective agreements. “The COVID-19 emergency, and the challenges facing teachers, students, and families as we engage in this unique form of distance learning, are top of mind for everyone,” says Stuart. “However, our Association remains committed to beginning discussions with school boards and negotiating fair agreements as soon as possible.”– 30 –OECTA represents the 45,000 passionate and qualified teachers in Ontario’s publicly funded English Catholic schools, from Kindergarten to Grade 12. Michelle Despault, Director of Communications
Ontario English Catholic Teachers’ Association
416-925-2493 x 509
[email protected] 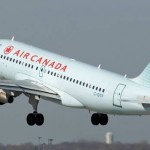