TORONTO, Jan. 13, 2020 (GLOBE NEWSWIRE) — The Ontario English Catholic Teachers’ Association (OECTA) has announced that all of its members will be engaging in a one-day full withdrawal of services on Tuesday, January 21. This means teachers in publicly funded Catholic district school boards across Ontario will not be reporting to work or performing any of their duties. The previously announced administrative job action will remain in effect before and after this date. “It has become clear that this government will only do the right thing when they are under pressure from Ontarians. They have left us little choice but to take the next legal step in the bargaining process,” says OECTA President Liz Stuart.In November, OECTA members voted 97.1 per cent in favour of taking strike action if necessary. “When they were presented with the issues at the bargaining table, Catholic teachers gave their negotiating team overwhelming support,” says Stuart. “Of course teachers would rather be in the classroom, but the government needs to recognize that we are united in opposition to their cuts, and we cannot accept an agreement that would have devastating, long-term consequences for our students and schools. We appreciate that strike action will be difficult for parents, but we are confident they will understand our need to demonstrate our resolve to protect our world-class education system.”   Last week, midway through the first of two scheduled days of negotiations, the Ministry of Labour-appointed conciliator adjourned bargaining, having deemed the parties to be too far apart on the issues.  No further bargaining dates have been set. “We showed up at the bargaining table ready to roll up our sleeves and engage in a real dialogue, unfortunately the government did not,” says Stuart. “Minister of Education Stephen Lecce says the government is being reasonable and bargaining in good faith, but we have been told explicitly by their negotiating team that they have no mandate or authority to reach an agreement that does not include significant, permanent cuts. It is clear that some members of this government view publicly funded education as nothing more than an expense. Minister Lecce says he is in it for the students, but when will he start advocating for the investments students need to succeed?”The province-wide withdrawal of services will be the first of its kind for Catholic teachers in more than 20 years. “The government’s claim that this is a common occurrence is an insult to Ontarians’ intelligence,” says Stuart. “Negotiations are always tough, but teachers have only had to take this type of action when our rights and working conditions, and the learning conditions of our students, have been under direct attack. The only thing cyclical about this situation is that when a Conservative government comes to power in this province, Ontarians are forced to take extraordinary measures to defend our vital public services.”       - 30 -OECTA represents the 45,000 passionate and qualified teachers in Ontario’s publicly funded English Catholic schools, from Kindergarten to Grade 12. Michelle Despault, Director of Communications
Ontario English Catholic Teachers’ Association
416-925-2493 x 509
m.despault@catholicteachers.ca 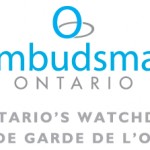 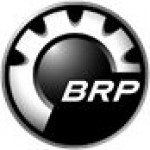