Videoconferencing telecommunication technologies have come a long way since those first rudimentary commercial experimentations in Germany during the late 1930s. The next major step in video telephony was unveiled in the United States during the early 1970s as part of AT&T’s development of the Picturephone. Today, it is Montreal-based CBCI Telecom that is widely regarded as a preeminent world leader in the most comprehensive videoconferencing solutions, enabling simultaneous visual and audio collaboration between two or more locations.

As high capacity broadband Internet and more powerful computer processors began to emerge in the mid to late 1990s, the progression of videoconferencing solutions surged, most notably in the business, education, medicine and multimedia sectors.

The Canadian Business Journal recently spoke with CBCI Telecom President and CEO Denis Dumouchel about the many innovative advancements, which have transpired within the industry. Of note, Dumouchel provided a first-hand demonstration of just how impressive his company’s system performs by speaking with us via videoconferencing from his head office in Montreal, while we were positioned in front of a large monitor in the boardroom of another of the company’s locations north of Toronto; speaking face to face, yet hundreds of kilometres apart. The video quality that is displayed on the monitors is outstanding, typically delivering at speeds between 1.5 kbps and 1.7 kbps and virtually no packet loss with an excellent synchronization between the audio and video.

CBCI Telecom has origins dating back to 1988 when most modern technological communications were still quite cost prohibitive including such things as fax machines, cellphones and wireless modems. By 1991, CBCI had become more heavily involved in the cellphone business and it was in 1993 when CBCI added the word Telecom to the company’s official name, aiming to branch out their enterprise opportunities as technology continued to evolve at a whirlwind pace.

In 1997, CBCI Telecom was acquired by TANDBERG, a Norwegian company that had designs on aggressively pursuing the U.S. market.

“Just about all of us became temporary employees at that point,” Dumouchel says.

Following the acquisition by TANDBERG, CBCI Telecom bought back the telecom division in 1998 and became private once again, concentrating solely on videoconferencing. Eleven years later TANDBERG was acquired by Cisco and CBCI Telecom was recognized as the best videoconferencing reseller for Cisco, an accomplishment they managed to achieve each and every year while working alongside TANDBERG.

“We’re the only undefeated best reseller partner of the year since 1999, and that’s just on the video front,” Dumouchel proudly says.

CBCI Telecom has 66 employees working out of four offices: head office in Montreal, Quebec City, Ottawa and Richmond Hill, ON. About 15 people are in the sales department and seven in administration with another seven to 10 stationed on the help desk. The remaining 30 or so are part of the engineering team, handling project management, design, documentation, and consulting, some of whom specialize in videoconferencing, while others work on collaboration and audio-visual.

“We service customers across the country and throughout the world. We have an excellent relationship with a number of other resellers that we’ve done business with for 15 years. If there happens to be a very complex setup, we will send our own guys. We always aim to provide the very best products and services for our customers,” Dumouchel says.

Throughout the years CBCI Telecom has developed numerous niche markets and a widespread portfolio of clients, with healthcare being a predominant sector. As just one example, a doctor in a remote area is immediately able to evaluate a patient’s health by video and audio. Other notable applications for the videoconferencing units are within the justice system, including courthouses and prisons.

Not only does the new technology control the video and audio feeds, but it has the best security features built in as well, ensuring that there is no unauthorized access. It is the type of technology that is able to enhance work efforts in both the public and private sectors.

“The cloud is where a lot of business is moving,” Dumouchel adds. “About seven years ago we created our first cloud-based videoconferencing platform. Now we have three clouds, including one which is dedicated for the (Quebec) provincial government.”

Whether it’s using iPhone or iPad or laptop, video is firmly entrenched to be a fundamental aspect of the future. More and more people are disposing of their home telephone landlines because they almost exclusively now use cellphones. Similarly, people appreciate video to a greater degree because there is an ability to look at people’s faces and immediately gauge their true reactions. As Dumouchel points out, the younger generation is not afraid of the camera or using mobile communications so it’s only going to continue to flourish beyond where it stands now.

Methods of data packet transfer are now also made much easier through IP transfer. In the past, the only option was ISDN, which was a good solution in its day, but far inferior to today’s technology. Remote locations are able to use satellite, if necessary.

“All our devices can do either IP or ISDN. When you have satellite, for us it becomes an IP. The fact that it’s a satellite doesn’t really make any difference, it’s more about the latency,” Dumouchel explains. “A satellite becomes more of a challenge the same way if you’re calling, for example, you have more of a delay because of the distance. There’s just a slight delay in the speed when using satellite.”

Network encryption and the method of transfer via IP have both dramatically improved as newer technologies have emerged and the pricing has also been drastically reduced in terms of bandwidth usage. At the same time the codec manufacturers have done an excellent job of creating new frameworks to reduce the requirement of bandwidth. Both the codec and the networks have improved so dramatically that any fears of technical problems have now virtually dissipated. The advent of high-definition and flat-screen monitors has also greatly enhanced the business of videoconferencing with incredibly crisp, clear video and audio.

“Nowadays we’re getting a very nice quality of video on the TV so we’re trying to replicate the feeling of that – having HD at home into the office,” Dumouchel says.

Many large law firms in Canada are also working with CBCI Telecom. For the legal profession, it is critical to be able to share information and expertise on an audio-visual network that is trustworthy and dependable. Healthcare has been – and will continue to be – a natural fit for videoconferencing with still numerous untapped potential applications according to Dumouchel. “For us, the next step is to work with the pharmacies. The desire for us is to have them connect with doctors in the hospitals. You could walk in to your pharmacy and it would allow the pharmacist and the doctor to directly interact about the patient’s needs. It would be a much more efficient way of treating people.”

The majority of the research and product development undertaken by CBCI Telecom to this point has been aimed predominantly towards the commercial market, both private and public. The federal government and the Quebec provincial government are just two examples of major clients using CBCI Telecom. However, Dumouchel envisions expanding horizons. “I think the next step for us would be to look more on the residential front where it would allow people to use video from their homes.”

The success of CBCI Telecom is readily evident both through its impressive list of corporate clients and also the dedication of its highly-skilled employees. Dumouchel is exceptionally proud of his team and the efforts they put forth on a daily basis to ensure the company remains at the very top of this high-tech industry.

“We have the most talented resources and we know that you have to treat your employees the way you treat your customers,” he says. “I believe in treating people the way I want to be treated – with respect. That is at the very core of our values.”

Since taking the helm as president and CEO in September, 2011, Dumouchel has been instrumental in the continuous ongoing success of CBCI Telecom, solidifying the company’s position as Canada’s leader in visual communications.

“My job is to ensure each regional office is used 100% efficiently,” he says. “The number one concern is to always take care of the customer.”

Strategic partners in the U.S. and around the world utilize the resources and expertise of CBCI, meaning the company doesn’t need to literally maintain a global presence. As long as those partners are using the brainpower of CBCI, Dumouchel is more than satisfied. He is also cognizant of not growing the business too quickly and aggressively because it risks dilution of the products and services. It’s also challenging and crucially important to find people with the right skills so it is absolutely critical to follow through on comprehensive due diligence when adding new employees.

As top-tier communicators, Dumouchel and his team recently decided it was time to unveil a new corporate website, noting many of the new adaptation of philosophies and technologies at CBCI Telecom that are now at the forefront of the company’s current and future endeavours. In addition to showcasing products and services, a website is an international marketing gateway to a company’s personality, characteristics and accomplishments. As a vital marketing tool, Dumouchel made a point of a new website being a top priority.

“We were so focused on the work we are doing in the field for our clients we had an older website and it was time to update it,” he says. “Our philosophy has changed from what it was 20 years ago and we wanted to reflect that change on our new site. The old philosophy was more along the lines of pushing intelligence; now it’s a pull. The idea is to put information on your website to make people come to you.”

Outside of CBCI Telecom there is currently a herculean battle brewing between two major worldwide manufacturers who are seeking ultimate control: Microsoft and Cisco. Dumouchel believes that within the next few years one will likely emerge as the sole leader in unified communications solutions. CBCI Telecom, with its specialized technology, is well positioned to move seamlessly forward, regardless of which one of those two titans ultimately ends up on top. The company’s position as a VAR – Value Added Reseller – allows CBCI Telecom to look at every solution offered by the manufacturers, and the company is not tied to a single manufacturer.

“We can deliver our visual solutions any place, independently from our clients’ locations and networks, and virtually anywhere — whether it’s at our clients’ location or in a home office. We are well positioned to provide our customers with the very best videoconferencing solutions,” Dumouchel says. 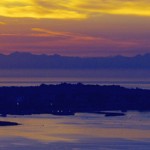 The City of Colwood 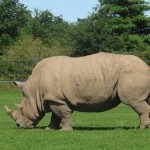