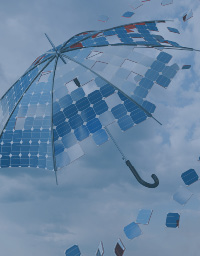 Our last article on “Open Innovation, Social Media and the Baby Boomers” took a look at some of the emerging trends around our aging population and the ramifications on success in an idea-driven economy. We received a few questions from folks and we boiled them down to three main inquires: “How do we do open innovation? Which large companies are working on open innovation strategies? How do large companies and small companies work together and how do I get access to this space?” Great questions, and we thought we’d provide some real life examples.

The Canadian Business Journal and Clean 15 Series are proud to sponsor yet2.com’s Executive Briefing on open innovation. The event is an intimate technology scouting and networking conference for executive Open Innovation, technology, R&D, licensing, and business leaders. Recent conferences have averaged 120 to 140 leaders representing 100-plus global corporations from six continents. The event is big enough to be global, small enough to encourage meaningful conversation, and exclusively for executives. Typically more than 50 of the Fortune 500 participate and it is a very active hands-on event. This year the event will be held May 17 to 19 at the Hyatt Regency, Cambridge, Mass.

The event will focus on the dynamics of large companies working with smaller companies and the type of strategies that will be necessary for larger companies to keep an interested innovation farm team to foster mutual success.

The rest of my column I am sharing with the Managing Director of Yet2 Ventures Ben DuPont. He wrote a short piece on “The Friction Between Capital and Ideas” that I thought was very fitting with the concept of open innovation and the opportunity it presents for technology companies, Fortune 500s and investors

The Friction Between Capital and Ideas

The dictionary says friction is ‘a force resisting the motion of surfaces in contact’, but I think there is another type of friction—the friction between capital and great ideas. I think this latter kind of friction is key to economic growth and it’s about to undergo significant transformations.

In 1720, if you were bright and ambitious (and free), the only legal way to make money was to either to have rich parents or to spend a life toiling away—and if you were lucky you just might be able to provide for your family. The situation was so bleak that even Ben Franklin, about the brightest those times had to offer, found his best choice was to run away from home and apprenticeship. Fast forward 200 years, friction drops a little with the aid of low tax rates and democracy, and the industrial revolution takes a hold.

In the 1990s we saw the second drop—an even larger decrease in friction aided by the Internet and a rich ecosystem of venture capital—that democratized entrepreneurship. No longer was a life of toil required first—and the world changed so much that a kid named Michael in his dorm room revolutionized how computers were made and capital found its way to his door step—or students like Larry and Sergey changed how knowledge is indexed and shared. Now, these guys toiled plenty—but there was much less toil finding capital or customers—they toiled perfecting their business models. Ben Franklin would have loved this world.

I predict we will see the third, and largest, drop in the friction between capital and good ideas. What are the first signs?

The adoption of ‘Open Innovation’ and the liquidity in the patent market.

I don’t want to claim to be a genius here, Google was founded about the same time and let’s just say, they are modestly more successful. But liquidity in ideas—is happening—patents and technologies are being traded, and over the next 10 years we will see a rich economic boom as a result. You heard it here first.

Technologists will get rich. A few will get really rich. Michael Dell, Larry and Sergey, and all of the others, still had to build companies around their ideas. They needed two skill sets—the idea and the ability to form a company around it. How many inventors don’t have the second skill set? Lots. How many great ideas/technologies are out there—that we could all benefit from? Lots. I know, because yet2.com sees these every day as we connect companies with TechNeeds with inventors.

Companies that embrace Open Innovation will get rich. I think most large companies are still only one per cent effective at Open Innovation. What happens when they get to 10 per cent? Economic growth. 85 per cent of the Fortune 500 are already experimenting with Open Innovation. When they start to perfect their models over the next few years, this will drive No. 1.

VC’s are watching these activities closely. A few big examples of No. 1 will drive investment into pure play technology development. This, of course, is already happening, which is why yet2.com has started venture investing.

Consumers will benefit from this friction reduction, getting better products at a lower price (with less harm to the environment)—but there will also be fewer steps and less time spent. Think for a moment how much friction there is in scheduling a meeting? A lot less than there was, but we’re only 50 per cent there.

How much friction is involved in planning a trip? Sending a birthday present?

Ironically, Ben Franklin invented the ‘free library’ but it took two centuries of friction reduction for Larry and Sergey to make money at it. Old Ben would have loved this. Where else is there a lot of friction?