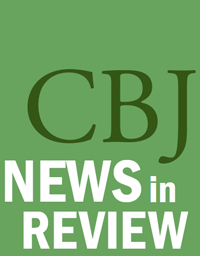 The Canadian Business Journal is pleased to announce that Govan Brown, a leader in the construction management industry, has been recognized as the 2010 CBJ Company of the Year. The CBJ Company of the Year Award acknowledges the best in class in Canadian business practices in the areas of CSR and sustainability, corporate culture, innovation and research and development, and operational growth.

The 2010 CBJ Company of the Year Award identifies Govan Brown’s achievements in each Award criteria based on a third-party panellist review. As the 2010 Award recipient, Govan Brown not only receives recognition for the company’s business excellence through coverage in The Canadian Business Journal, but also takes away a $100,000 advertising package within the magazine.

“We are so pleased to be receiving this recognition for the work that we do,” said Ralph Govan, partner at Govan Brown. “It’s nice to have the opportunity to showcase the efforts of our team, whom we feel are the best in this industry,” added partner John Brown. Jon Taylor, the company’s third partner remarked “I am so proud of all our employees across Canada—an extraordinary group of construction professionals.”

“While the competition was fierce, our panellists agreed that Govan Brown best represents, in the Canadian business landscape, the power of Canadian companies to excel in critical areas,” said Sara Kopamees, Editor in Chief and panellist. “We congratulate them on their significant achievements this past year.”

Govan Brown is an established leader in the construction management industry. In Canada, the company has helped create an industry that is now recognized for its efficiency in the management of complex construction projects. In addition, Govan Brown has been part of the “Green Building” movement since 2005.
Govan Brown headquarters are in Toronto with offices in Calgary, Vancouver, and Ottawa. The company was founded in 1994 by Ralph Govan and John Brown. In 2003, Jon Taylor joined as the third partner.

The company has approximately 120 field and office staff and completes about $188 million a year of corporate office interiors and base building projects.

“We will be able to use the mutual experiences we have gathered in this project in our next, and six times larger, project EnBW Baltic Two,” EnBW chairman, Hans Peter Vills told press.

“The orders have been allocated, the planning is underway and the beginning of construction is forecast for next year.”
Echoing Merkel’s reported statement, “with offshore technology we are all charting new territory,” EnBW aims to reach 3,000 megawatts of new renewable energy by 2020—a total which is double its current capacity.

The Scottish government was been thrust into the limelight on May 4, when it emerged that it had paid six of the country’s wind farm operators approximately £800,000 to cease producing power for two of April’s highest wind days.

A transmission fault in the United Kingdom’s National Grid prevented the utility from being able to take the capacity of power generated—resulting in the controversial payout. It has since been reported that the sum paid is equivalent to multiples of the actual power lost.

“One of our key roles is to balance supply and demand. On the night of the 5th and 6th the wind was high, it was raining heavily, this also produced more hydro energy than normal,” Stuart Laraque, spokesman for the National Grid told press.

“Throwing the energy away, and paying wind farms to do so is not only costly but obviously very wasteful. Government must rethink the scale and pace of wind power development before the cost of managing it becomes intolerable and the scale of the waste scandalous,” Lee Mooney, planning director for the Renewable Energy Foundation (REF) told press.

QUEBEC OPENS UP TO CROSS-ENERGY SECTOR POTENTIAL, C$47BN IN RENEWABLE

On May 9, Quebec’s Premier, Jean Charest, launched the 25-year long Plan Nord—a scheme aimed at attracting a rumoured C$80 billion in investment from the energy industries. Long famed for its great expanses of the ‘frozen north,’ the region has to date been untouched, but plans include a 465,000 square mile area for industrialization, from building infrastructure and energy projects to generating approximately 20,000 jobs per year. There are currently 11 mining projects under development—over C$8 billion in investment—and approximately 75 per cent of Quebec’s operational hydro capacity. Latest announcements by the region’s officials state that the area is prospective for many minerals including coal, PGM’s, gold, iron ore and rare earths.

In addition to boosting mining, the planned government spend on renewable power generation is reportedly C$47 billion in private and public investment—aimed at adding 3,500 megawatts to its grid. The portion allocated for mining and infrastructure stands at C$33 billion.

Two of solar power’s sharpest minds put their heads together on May 10, as top panel manufacturer First Solar and China Power International New Energy Holding (CPINE), a subsidiary of the China Power New Energy Development company, announced that they will collaborate on projects across China the U.S. and beyond.

Their journey begins in CPINE’s native space, where the pair will seek out projects before turning up good opportunities further afield.

“This cooperation leverages our advantages in the domestic solar power industry, and helps First Solar further expand its business presence in China,” Li Xiaolin, chairwoman of China Power International is quoted as stating.

“In addition, we are happy to explore other cooperation opportunities in different areas and through different methods with First Solar, working together to further expand in the global market.”

First solar famously manufactures the thinnest solar modules in the world, and has hit headlines almost monthly for its worldwide project involvement in the past 18 months. CPINE, as part of China Power New Energy Development, is under the wing of one of the nation’s five large state-run power vehicles.

Confusion was rife after statements made by the UN’s Intergovernmental Panel on Climate Change (IPCC) on May 11, discussed how more than three-quarters of global energy needs could be catered for by renewable sources by 2050.

Some reports have heralded statements made as a positive outlook—the IPCC states in its full report, the Special Report on Renewable Energy Sources and Climate Change Mitigation, that with the right policy framework to bolster progress greenhouse gas emissions from typical business footprints could be slashed by a third. This would allow many to greatly contribute to worldwide goals for up to or less than two degree global temperature rises.

The findings were called “the most relevant and best available information to provide the world with this scientific assessment of the potential of renewable energy,” by the IPCC chairman Dr. Rajendra Pachauri, however other reports have taken a more bleak approach. Sceptics say that the potential detailed in this report is based on the best case, most optimistic scenario possible for renewables. Critics question the founding of statements which assume that the world can function as normal on far less energy than it consumes today, and earmark country-centric problems for those living below the poverty line as example.

Results published by IMS Research on May 11 reveal that the first quarter of 2011 has been a tough one for shipments of photovoltaic (PV) solar modules, which are declining for the first time in two years.

According to the figures, compared with those for the first quarter of 2009, a dip of almost 10 per cent has taken place. Average prices, despite sustaining throughout 2010 due to high demand from cross-European markets, have also dived.

One market to encapsulate the decline, set to continue on into the second quarter, is Italy where demand has taken a sharp downturn following mounting uncertainty off the back of the suspension of the nation’s feed-in tariff. According to IMS, the decisions recently passed regarding Italy’s subsidies for 2011 will impact investor confidence in the market in the long-term, however global predictions remain optimistic—the firm also predicts growth for the PV market’s year-end shipments for 2011 of around 20 per cent thanks to gigawatt-scaled markets including the United States.

NO WIND IN CONNECTICUT FOR FEARS OF VISUAL DISMAY

Connecticut rejected plans to build the state’s first ever wind farm on May 13, citing issues with the visual impact the project would have for the surrounding area of Prospect.

Plans put forward by the Cheshire-based company, BNE Energy Limited, included plans to build two 463 metre-high turbines, but votes returned seven to two against from The Connecticut Siting Council—the body responsible for voting on power facilities for the state.

“We feel that it’s a sad day in Connecticut when the Siting Council would reject a wind project just because some people might see wind turbines off in the distance,” Paul Corey, Chairman of BNE Energy, is quoted as saying.

He also said that fears the turbines would be built too close to residences were “completely baseless” given that the site is currently undeveloped land, ideal for the 3.2 megawatt project.

NSW SOLAR INDUSTRY UP IN ARMS OVER SUSPENSION OF FIT

Protests took hold after May 17, when the Government of New South Wales, Australia upheld a decision to suspend its solar feed-in tariff. Previously, the government had penned a five-year agreement for its 120,000 photovoltaic solar companies to pay 60 cents per kilowatt of energy they produce, and now companies are reeling with worries about power pricing and job cuts, and the impact the move will have on the nation’s wider renewable energy industry.

John Kaye, the Greens MP for NSW, called the decision unfair, and firms are now talking about taking up class action suits against the decision. However the local ruling O’Farrell government says that the scheme has, to date, cost $1.9 billion.

Chris Hartcher, the NSW Minister for Resources, said that this tricky move was a result of the scheme putting costs on taxpayers that couldn’t be sustained and of the $1.9 billion, had cost them $759 million. As of May 17, reports surfaced that members of industry are threatening legal action if the government goes through with the plans to impose retroactive legislation cutting rates by 33 per cent.

The events have been deemed this government’s biggest challenge since coming into power in March, with over 1,000 solar industry members protesting at a rally in Sydney on May 17. Prior to the event, John Grimes, CEO of the Australian Solar Energy Society (AuSeS), told press that when in Opposition, the now ruling O’Farrell government promised to keep solar commitments, and on these grounds ought to reconsider this latest decision.

On May 18, the New Zealand state-owned power company, Meridian Energy, announced that it will pay a special dividend of approximately $521 million to the Crown following its sale of two hydropower stations—Tekapo A and B totalling 185 megawatts—which were this week valued at $821 million.

The sale, to Genesis Energy Limited, another state-owned entity, is due to be completed on June 1, at which point Meridian will make its gift to the Crown.

It has been observed that this transaction could be a means of upping competition between state-owned entities in the region—forcing Meridian and Genesis to cross consumer markets and directly compete.

HAS BONNEVILLE SHUT WIND OUT FOR THE RIGHT REASONS?

The American Wind Energy Association (AWEA) called the decision “wrongheaded” given that it has been made with no compensatory agreements in times of high hydropower generation.

The BPA said that the decision comes as part of aims to increase hydropower generation and in doing so, protect fisheries including salmon.

Other reports pointed to a temporary oversupply of hydropower as the lead cause behind the move, noting that it will result in partial limiting of power generation from other means. These reports also stated that limits made to wind generation— approximately 200 to 350 megawatts from the approximate 3,500 megawatts connected to the grid until 5 a.m.—were enforced as a last resort after coal, natural gas and other thermal power sources.