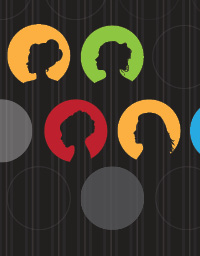 Women play a significant role in business today, and it is important to recognize the ways women influence the very economic structures that shape Canada’s financial future. Despite the ways that women’s involvement in the boardroom has shifted, one thing remains constant: women are critical to the business network in Canada.

Women have made a place for themselves in the corporate world. And these women connect on a level that is evidenced by various women in business organizations across the globe.

The eWomen Network, an organization that is recognized for connecting and promoting women and their businesses all over the world is headquartered in Dallas, Texas. The network is the fastest growing membership-based professional women’s networking organization in North America. The network’s mission is to remain “committed to helping women and their businesses achieve, succeed and thrive in the new economy.”

CBJ first crossed paths with the eWomen Network when seeking out stories to feature in the new Women in Business Series, a series celebrating the importance of women in business in Canada that will run twice annually. Within a few months of getting to know about the organization, CBJ was invited to the first revitalized Toronto chapter event.

The eWomen Network has chapters all over North America, and recently, Mary Morassutti got on board to re-launch the Toronto chapter. Morrassutti is the new Managing Director for Toronto, and is thriving in her new role.

“I wanted to do something that would suit the Toronto businesswoman, so I knew I had to start creating something very unique,” Morassutti told CBJ. And so, networking evenings at the Elmwood Spa in Yorkville began.

The first night at the Elmwood brought Murray Smith, New York Times best-selling author to speak about growing Indian Motorcycle Company from bankruptcy to a $300 million business. He offered attendees of the event important insight into strategizing to make any size of business work—from small to large—using some simple guiding principles.

The evening was a great success, with a sizeable audience enjoying drinks, cupcakes, and Smith’s insights and banter with Morassutti.

It is first and foremost a loyal, dedicated community of women-owned businesses, corporate professionals, and entrepreneurs who want to support and network with other dynamic women. With its exclusive trademarked brand of Accelerated Networking events occurring in cities all across the United States and Canada, the network has pioneered a whole new way for women to build relationships and transact business. We have also created a safe and secure Internet environment that allows women to connect and network with each other across cyberspace.

The unique combination of these systems and processes have reshaped old networking paradigms. By meshing both hi-tech and hi-touch environments, women have the ability to connect and collaborate in ways never before seen or experienced.

The members of eWomen Network are women with “intention.” Through the philosophy of abundance, we consciously and intentionally look for ways to share information, leads, contacts, and business. In return, we receive the same. Yes, eWomenNetwork represents a whole new approach which honors how women connect, collaborate and create with each other.