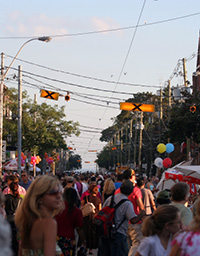 Hosted in Toronto April 5 and 6, REFF Canada brought together renewable energy entrepreneurs, investors, and emerging companies to hear about financing in the renewables world.

From what we learned, the renewables sector offers several opportunities for investment, if you understand the challenges facing the industry.

Canada’s renewables sector is in a period of uncertainty. While the country focuses on developing alternative energy sources, bankability of renewable projects remains in question. Ontario’s Green Energy Act (GEA) is just one of many provincial programs attempting to bring green energy issues and initiatives to the forefront of the Canadian public. The Act is part of Ontario’s plan to “become a leading green economy in North America” and is meant to boost growth in clean and renewable sources of energy including wind, solar, hydro and biogas. The Act should create 50,000 jobs for Ontarians in its first three years.

Day 1 of REFF began with keynote sessions examining the GEA and its impact on Ontario’s energy sector. Jim MacDougall from Ontario Power Authority spent some time outlining where the Act stands as of 2010, and what the value is of transparency through the application of feed-in-tariff programs. He presented an outline of the GEA, as well as the Economy Act and its impacts, looking at milestones from 2015 to 2020.

Next up was a focus on the institutional investors’ perspective, including an enlightening address from Craig Lewis, Executive Director of the Clean Coalition.

Lewis outlined the capacity for renewable projects in the U.S., a country boasting some of the most powerful natural resources that can be developed for renewable energy in the world. Lewis compared California with Germany: Germany is hosting more solar projects per area than all of California—a state with 70 per cent more solar resources. Clearly, the U.S. has a ways to go. Currently in Germany there are approximately 340,000 people employed in renewable energy which represents a much larger group than most U.S. states. Of Ontario’s plan for renewables, Lewis stated: “If Ontario wants to keep that trend line alive, the province needs to keep electing governments who will keep the Green Energy Act alive.”

Leo Tasca, a presented representing the Ontario Ministry of Energy said that “Ontario has the most comprehensive FIT programs on this side of the Atlantic,” attesting to the province’s achievements.

Ralf Rank from Brookfield Renewable Power explained that when it comes to institutional investment, hydro projects are extremely appealing—if the jurisdictions in which they are developed are supportive. Currently Canada does not allow for the tax breaks that the U.S. does on renewable energy projects, making Canada slightly less appealing, said Rank.

Representatives from provincial governments were on hand to explore each region’s capacity for renewable investment and focus. In B.C., the province has focused their renewables strategy of key policy pillars including a Climate Action Plan, the Clean Energy Act and the B.C. Energy Plan. Janice Larson, from the B.C. Ministry of Energy, Mines and Petroleum Resources said that the key for the west coast would be to harness B.C.’s clear power potential to create jobs and “electricity self-sufficiency”. Clean tech companies currently employ 22,000 people in British Columbia.

The province’s Integrated Resource Plan includes goals to bring more money into renewable investment. Larson said “we think we’ve done a good job of attracting federal capital into this space.” She added that B.C. is “bullish on electrical vehicle supply,” echoing the sentiments of the presenter from Quebec: Mario Gosselin.

Quebec plans to unveil its electric vehicle plan in the next few years, and is working towards more sustainable auto development. Gosselin spoke about the Quebec Ministry of Natural Resources forging full speed ahead with renewable plans as part of an integrated energy strategy.

From Nova Scotia, Bruce Cameron offered insights from the NS Department of Energy, focusing on the longer-term objectives of the province. Nova Scotia would like to move towards 25 per cent renewable energy use by 2015, and 40 per cent by 2020. He commented that although several major renewable projects shut down during the recession, five out of the seven are back up and running, showing promise for Nova Scotia.

International interest in Canadian projects was a hot topic on day 1. Robert Nicholson from RBC Capital Markets made it clear that banks think about the Canadian market first before investing, so companies would be wise to understand the renewable banking climate. Companies launching renewable projects need to keep focused on getting financing that will be long-term from banks that have tenure—not those that will disappear when the going gets tough.

Over the course of the panel session, national and international banks answered audience questions about current challenges facing the renewables industry including bank criteria, domestic content rules, perception of risk in Canada, and prospects for future merger and acquisition activity within the market. Other speakers on the panel included reps from Dexia Credit Local S.A., Jorge Camina from Banco Santander, and Bill Harrison form BBVA, who said that investing in renewables is a risk, and the key for banks is “how much risk are you willing to take as a developer”. He outlined key criteria for risk including quality of data, contracts and structure, and technology risks.

The second day of REFF put a focus on specific types of renewable projects, and started with presentations from companies who explained how to make projects bankable and demonstrate credibility as a developer. An interesting slant for the morning’s event included a look at how to work with community groups including First Nations.

Following presentations from panellists from Plutonic Power, Power Canada and Northland Power, the focus was turned to solar energy.

An interesting discussion came from the solar team at Ikea, who have had great success developing solar capacity on their retail store roofs. Ikea Canada has invested in roof mounted solar PV, and the results are impressive. Several sustainability drivers led to this investment, and significant work was done to ensure a good working partnership with the manufacturer and also local communities. Natalia Hahn and Ryan Monteath explained that Ikea is looking towards 100 per cent renewable energy for the company’s stores, and currently the Ikea locations in Etobicoke, Vaughan and North York of Canada are successful examples of the possibility for solar at Ikea. The Etobicoke store alone has 3,790 solar panels installed and has had a strong working relationship with AMP Solar that has ensured the project’s success.

The next session focused on developing a yield investment opportunity in renewable energy, examining the creation of the platform stakeholders, consolidation of existing renewable opportunities, and a look at existing macro-economic changes that increase project returns.

Presenters also compared and contrasted the development of wind projects in the U.S. and Canada, and talked about the relationships required with financiers in each country.

Uwe Roeper, President from ORTECH Power discussed financing an offshore wind project, a new area of focus in renewables. He discussed the potential to develop up to 21,000TWh of offshore wind power in Canada and looked at criteria for investors.

The final session of REFF concentrated on ensuring energy security, through updating transmission and the grid network to accommodate solid renewable energy projects, and representatives from the Canadian Geothermal Association, the Ontario Ministry of Energy and Navigant Consulting were on hand to go through the issues and challenges associated with grid transmission.

The Clean Coalition is a non-profit organization whose mission is to make clean local energy accessible now.  Our top goal is to implement policies and programs that accelerate the adoption of cost-effective clean local energy across the United States.  The Clean Coalition believes that the right policies will result in a timely transition to clean energy while yielding tremendous economic benefits, including new job creation, increased tax revenue, and the establishment of an economic foundation that will drive growth for decades.  The Clean Coalition is active at the national, state, and local levels.

From its founding, the organization has established itself as a leader in clean energy policy matters.  The Clean Coalition achieves desirable policy outcomes by engaging legislative and regulatory bodies at every level.  The Clean Coalition empowers like-minded organizations and citizens with the information and tools needed to promote effective clean energy policy.  The Clean Coalition is highly respected for using the latest global data and nuanced, objective analysis to provide policy designs that maximize benefits for all constituencies; including developers, regulators, manufacturers, utilities, and ratepayers.  By promoting policies and programs that are based on non-partisan positions and detailed analyses, the Clean Coalition is successful across a multitude of policymaking forums.

The Clean Coalition believes policy innovation is the fastest and most efficient way to spur clean energy market development and encourage healthy competition within the sector.  In its relatively short history, the Clean Coalition has proven its effectiveness in policy design and program implementation, going well beyond just policy discussion.