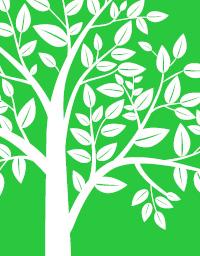 Last month, The Canadian Business Journal, along with Fogler Rubinoff LLP, Ernst & Young and Yet2.com, hosted the Clean 15 One-on-One Meeting in Toronto.  It was a real pleasure to meet with some of the really interesting Canadian cleantech companies present. The format of the event ensured that the meetings were intimate rather than overpopulated and that the caliber of attendees remained high and the technologies novel and unique. There was also a strong focus on making sure that the technologies were of strategic interest to demand-side representatives and that the deal opportunities were valuable to the technology companies that were invited to attend the event.

The goal of the Clean 15 One-on-One Meetings was to move away from the big conference model of keynotes and panels which have their value yet are difficult for the cash constrained start up, time-constrained venture groups and Global 1000 executives to extract measurable value from. Instead the Clean 15 One-on-One Meetings strategically matched companies based on proprietary insight from Global 2000 companies and the articulation of the technological needs of those companies.

The Clean 15 One-on-One Meeting was an exclusive, deal-intensive event that was held on the 9th and10th of November in Toronto, Canada at the offices of Fogler, Rubinoff LLP and Ernst & Young. As the name implies, the event involved individual meetings that took place between technology companies and key decision makers representing the demand side of Global 1000 companies and mid-sized companies. Participants took part in up to six focused, strategic and customized meetings. In addition some  cleantech companies  also gained direct access to top targeted Global 500 executives at Yet2.com’s exclusive ” Conferences to Go” webinars featuring some of the Clean 15 winners scheduled for Dec. 9th of this year.

One of the notable attendees was Procter &Gamble.  P&G is one of the largest consumer products companies in the world and has made sustainability a major focus, with a target of $50 billion in revenue from sustainable products and a significant reduction in emissions over the next 10 years. As part of their strategy to grow responsibly, P&G is working toward a long-term environmental sustainability vision that includes:

By 2020 they plan to replace petroleum based materials with sustainable sourced renewable materials by 25 per cent.  They also planned to have 30 per cent renewable energy powering their plants by the same year. These are significant numbers for a company this size and the ramifications and reverberations will be wide spread and influential as they set out to achieve these goals in just 10 years.

The company is so serious about these goals that they sent their Associate Director of External Business to the Clean 15 One-on-One Meeting.  We were pleased to host P&G Associate Director of External Business, Pramod Reddy. P&G may just be the Global leader in open innovation as far as large companies go. They took up open innovation in 2000, according to Reddy, who said that P&G turned to open innovation directly because of a crisis in 2000. The consumer-products giant missed its financial forecasts for two quarters in a row, something unheard of from this Global player. The shortfalls were a symptom of something larger, of course. P&G was no longer able to generate enough blockbuster products on its own. Today, P&G is widely cited as the role model for open innovation. Reddy was impressed with the Clean 15 One-on-One Meetings and said that he was exposed to several interesting Canadian innovations and was interested in sharing them inside the high walls of P&G. This is great news for Canadian innovation as it will turn a much needed spotlight on our world class innovations.

The Clean 15 One-on-One Meeting was also pleased to host Magna International, with some of Magna’s top VPs, engineers and direct advisors to their chairman Frank Stronach. Already winning copious awards in 2009 for excellence in the automotive industry, Magna has set a course that could see it increase its lead as it relates to cleantech in the automotive manufacturing space. With as many as 16 revolutionary cleantech innovations ranging from the lightweight storage of compressed natural gas to its lithium ion energy battery power packs to its hybrid and electric vehicle integration to its biopolyol Cellfoam technology, Magna seems poised to step into the open innovation model, which would significantly augment the efforts of one of Canada’s most respected companies.

According to a report done by Ernst & Young, leading corporations are recognizing that sustainability efforts are not just good citizenship, they are critical drivers of competitive advantage, companies will spend more on adopting cleantech and will view it as a key enabler of the resource efficiency and sustainable growth agenda. Another report released by the European Union stated that corporate R&D across the Globe was down everywhere with the exception of China (Their spending in this area increased by a whopping 40 per cent). These two drivers will lead to an environment that will see large companies needing to partner with more agile innovation companies as a major part of their growth strategies. Finding avenues for connection will be a critical component of growth for Canadian cleantech companies. The Canadian Business Journal was pleased to be part of a unique connection point for this current trend. 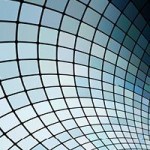 Cleantech is the investment opportunity of the decade So where is the money?