Celebrating the Women Pioneers of Engineering

By Mary Wells and Suzanne Kresta

Thirty-one years have now passed since the tragedy of December 6, 1989, when 14 young women, almost all engineering students, were murdered by a gunman at l’École Polytechnique in Montreal.

A lone gunman was able to cut down the precious lives of several young talented women, but he could not hold us all back. We’ve a long way to go to reach equal representation in the field, but we should take this moment to celebrate some of the women who have taken us this far.

These women are our superheroes. They rose from the challenges of being the first one in the room and the only woman at the table for much of their early careers, to being major players in building the technology and the innovations that drive our country today, to their work as transformative leaders in engineering education.

On the 31st anniversary of an act of violence which impacted all of us, we mourn those we’ve lost. And we salute our pioneering leaders and thank them for their remarkable courage, vision and inspiration.

Six women have successfully completed their terms as Canadian Deans of Engineering, acting as role models and mentors, leading to a remarkable updraft in opportunities for young women. Each has had a direct impact on technology that has changed our world.

Hoda ElMaraghy works in digital manufacturing — research that has transformed the way we design and manufacture the products we use every day. ElMaraghy’s research has involved investigations into the design, implementation, operation and control of advanced and reconfigurable manufacturing systems. This has helped manufacturers around the world adapt and respond to market changes and increase their productivity and competitiveness.

Cristina Amon’s pioneering research work in developing the field of Computational Fluid Dynamics has had an impact on a diverse range of everyday applications — from how Canadian wind farms are designed and laid out, to heat management systems for wearable computers to helping improve human health. She also transformed the University of Toronto’s Faculty of Applied Sciences to a highly collaborative, multidisciplinary culture – one of the best in the world for biomedical engineering.

Elizabeth Cannon has led research at the forefront of Global Positioning Systems (GPS), a means of tracking positions on earth using signals received by satellite since the 1980s.

Today, uses of GPS include everything from wildlife tracking collars to a replacement for gyroscopes to measuring pitch on board ships, and Google Maps, which has changed the way we drive, improving safety for millions of drivers all over the world.

Kim Woodhouse is now the VicePrinciple Research at Queens, and while Dean of Engineering, put a heavy emphasis on engineering education based on learning outcomes, initiated meaningful Indigenous access programs and built up a number of research initiatives.

Tyseer Aboulnasr was the second female Dean of Engineering in Canada, serving from 1998-2004 at the University of Ottawa, and later on, as a Dean at University of British Columbia. She was a leader in engineering education and the first woman to chair the council of Ontario Deans of Engineering. Her research in the area of Digital Signal Processing led to improvements in speech/image processing.

Pearl Sullivan had an indelible impact on the engineering education experience at Waterloo and was a champion for the role engineers can play in disruptive technologies, such as artificial intelligence, advanced manufacturing and wireless communications. She passed away after a 12-year-long battle with cancer.

Each of these six women has played an important role in the leadership of our Canadian engineering programs, and each of them has played a part in the innovation fabric in our country, building the future of our economy.

The changes engineers bring to our world are profound, from protecting assembly-line workers from repetitive stress injuries through the use of robotics, to minimally invasive endoscopic surgery which dramatically reduces recovery times and improves patient outcomes, to the way we drive our cars.

We know that having diverse perspectives at the design table leads to better engineering. Our engineering leaders also create opportunities for others — including women, Indigenous people, people of color and international students – all of whom bring a different lens to the innovation table and benefit us all.

Many thanks to the first wave of Canadian engineering deans at this time of mourning.

Mary Wells is Dean at the Faculty of Engineering, University of Waterloo.

Suzanne Kresta is the Dean of the College of Engineering at the University of Saskatchewan. 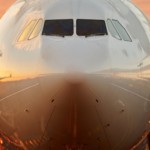 Canadian Aerospace at the Crossroads