CBJ — Cenovus Energy plans to swallow most of the Canadian assets belonging to ConocoPhillips in a C$17.7 billion blockbuster acquisition that builds upon a recent trend of Canadian consolidation in the oilsands.

The deal makes the Houston-based ConocoPhillips the latest international player to reduce its exposure to Alberta’s oilpatch.

“In a low oil price environment, economies of scale are important,” Cenovus CEO Brian Ferguson said. “This deal about doubles the scale of the company and this will give us a greater competitive edge.”

The sale announced after the close of markets includes ConocoPhillips’s 50% interest in the FCCL Partnership in northern Alberta, made up of the Cenovus-operated Foster Creek and Christina Lake oilsands projects — which in total produce about 390,000 barrels per day — and a proposed third major development called Narrows Lake.

Calgary-based Cenovus is also buying the majority of ConocoPhillips’s Deep Basin conventional assets in western Alberta and northeastern British Columbia, boosting its conventional output from 112,000 to 232,000 barrels of oil equivalent per day this year.

ConocoPhillips chairman and CEO Ryan Lance called the deal a “win-win” and said it would allow his company to reduce its debt.

“ConocoPhillips Canada will now focus exclusively on our Surmont oilsands and the liquids-rich Blueberry-Montney unconventional asset,” he said in a statement.

Surmont is a joint venture oilsands project with French oil giant Total with capacity of about 140,000 bpd.

Alberta’s oilsands, the third-largest proven oil reserves in the world, are also among the most costly and carbon-intensive to produce from and many companies have reconsidered their investments in the region recently.

Earlier this year, Norway’s Statoil closed its deal to sell all of its Canadian oilsands assets for C$832 million.

A year ago, Suncor Energy took majority control of Syncrude with a C$937-million purchase of American Murphy Oil’s 5% stake in the mine.

Cenovus plans to raise C$3 billion in an offering of shares to help pay for the acquisition, supplemented by cash on hand and debt financing. 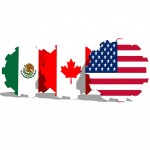