VANCOUVER, British Columbia, June 25, 2021 (GLOBE NEWSWIRE) — Ceylon Graphite Corp. (“Ceylon Graphite”) (TSX-V: CYL) (OTC: CYLYF) (FSE: CCY) is pleased to announce that it has negotiated a debt conversion agreement (the “Debt Agreements”) with Bharat Parashar, the former Chief Executive Officer and Chairman of Ceylon. As disclosed in the Corporation’s press release dated June 2, 2021. Mr. Parashar retired as Ceylon’s Chief Executive Officer and as Chairman. Pursuant to the terms of the Debt Agreements the Corporation has agreed to issue an aggregate of 1,500,000 common shares (“Debt Shares”) to Mr. Parashar in exchange for the cancellation of $300,000 (the “Debt”) in debt owing to the Mr, Bharat. The Debt Shares are being issued at a deemed price of $0.20 per share.

The Debt is comprised of $100,000 in unpaid, accrued management fees over a period of four (4) years pertaining to managing the affairs of Ceylon’s various subsidiaries and $200,000 as a retirement payment to Mr. Parashar.

Celyon CEO Don Baxter Stated, “On behalf of the Board and Staff of Ceylon and our subsiduary Companies in Sri Lanka, we wish Bharat the best in retirement and thank him for his years of service in building the Company.”

The issuance of the Debt Shares are subject to the approval of the TSX Venture Exchange. All securities issued pursuant to the debt conversion are subject to a statutory four (4) month hold period.

About Ceylon Graphite Corp.
Ceylon Graphite is a public company listed on the TSX Venture Exchange, that is in the business of mining for graphite, and developing and commercializing innovative graphene and graphite applications and products. Graphite mined in Sri Lanka is known to be some of the purest in the world and has been confirmed to be suitable to be easily upgradable for a range of applications including the high-growth electric vehicle and battery storage markets as well as construction, healthcare and paints and coatings sectors. The Government of Sri Lanka has granted the Company’s wholly owned subsidiary Sarton Development (Pvt) Ltd. an IML Category A license for its K1 mine and exploration rights in a land package of over 120km². These exploration grids (each one square kilometer in area) cover areas of historic graphite production from the early twentieth century and represent a majority of the known graphite occurrences in Sri Lanka.

Further information regarding the Company is available at www.ceylongraphite.com. 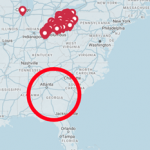 Convenience Wholesaler with 1,200-Store Network in GA, NC, SC, and AL Has Completely Pre-Sold its Initial Shipment of 15 TAAT™ Master Cases Before it Arrives 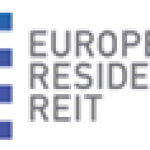