VANCOUVER, British Columbia, Dec. 13, 2019 (GLOBE NEWSWIRE) — Ceylon Graphite Corp. (“Ceylon Graphite” or the “Company”) (TSX-V: CYL) (OTC: CYLYF) (FSE: CCY) today announced that its wholly owned  subsidiary Sarcon Development (Pvt) Ltd (“Sarcon”) has started commercial production at its K1 Graphite Mining Project at Karasnagla, Sri Lanka (the “K1 Project”).
“We are finally in commercial production mode and look forward to selling our first container of Sri Lankan vein graphite- today we have brought 2 tons of raw graphite to the surface,” said Bharat Parashar, Chief Executive Officer. “These 3 years have been a learning process and  whilst this is just the first step to creating a globally recognized  graphite mining company, we are now much better prepared to develop our next sites and at a faster pace. I would also like to place on record our thanks to the GSMB for all its support”.The Company is presently in discussions with several end users and processors of natural graphite regarding sales contracts. Sri Lankan graphite is known to be amongst the purest in the world.Pictured to the side is Chief Executive Bharat Parashar with Dr Nalaka Godahewa, Founder Member of Viyathmaga of Sri Lanka, Dr C.H.E.R Sriwardane, Director General, Geological Survey and Mines Bureau of Sri Lanka and Mr Sasha Jacob, CYL shareholder with the first production of raw vein graphite from the K1 mine.Also pictured to the side is Mine Manager Sunil Jayasuriya with Sarcon miners..The Company also announces that Sarcon’s drilling and exploration program will increase in its momentum as the Company looks to increase its footprint to at at least 5 mine sites over 2020.Cautionary NoteIn accodace with National Instrument 43-101 – Standards of Disclosure for Mineral Projects, of the Canadian Securities Administrators, Ceylon Graphite advises that it has not based its production decision on a feasibility study of mineral reserves demonstrating economic and technical viability of the K1 Project, and that the mineral resource estimate for the K1 Project is comprised predominately of an inferred mineral resource.  As a result there is increased uncertainty and there are multiple technical and economic risks of failure which are associated with this production decision.These risks, among others, include areas that are analyzed in more detail in a feasibility study, such as applying economic analysis to resources and reserves, more detailed metallurgy and a number of specialized studies in areas such as mining and recovery methods, market analysis, and environmental and community impacts.Qualified Person

Robert Marvin, P. Geo (ONT) is a Qualified Person under National Instrument 43-101 and has reviewed and approved the geological information provided in this news release.About Ceylon Graphite Corp.Ceylon Graphite Corp, is a public company listed on the TSX Venture Exchange (CYL:TSX-V), that is in the business of exploration and development of graphite mines in Sri Lanka. The Geological Survey and Mines Bureau (“GSMB”) of the  Government of Sri Lanka has granted the company’s wholly owned subsidiary Sarcon Development (Pvt) Ltd. and Industrial Mining License Category A for its K1 Project at Karasnagla, Sri Lanka.  An Industrial Mining License Category A is the highest category license in Sri Lanka and grants exclusive rights to mine, process and trade in graphite mined within the area specified in the license. It also allows for underground multiborehole blasting, commercial production, use of all mining machinery and equipment and export of graphite.Graphite mined in Sri Lanka is known to be some of the purest in the world, and currently accounts for less than 1% of the world graphite production.These forward-looking statements are made as of the date hereof and, except as required under applicable securities legislation, Ceylon Graphite does not assume any obligation to update or revise them to reflect new events or circumstances. All of the forward-looking statements made in this press release are qualified by these cautionary statements and by those made in our filings with SEDAR in Canada (available at www.sedar.com)Further information regarding the Company is available at www.ceylongraphite.comBharat Parashar, Chairman and & Chief Executive OfficerChairman & Chief Executive Officerinfo@ceylongraphite.comCorporate Communications(202)352-6022Photos accompanying this announcement are available athttps://www.globenewswire.com/NewsRoom/AttachmentNg/5c4a435d-9d65-4c27-ac75-e64d91b5ea15https://www.globenewswire.com/NewsRoom/AttachmentNg/c2a5c929-baff-44ae-93af-c3a6dd460535
CBJ Newsmakers 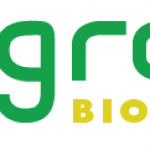 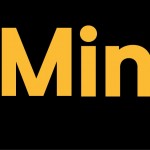