VANCOUVER, British Columbia, Feb. 16, 2021 (GLOBE NEWSWIRE) — Ceylon Graphite Corp. (“Ceylon Graphite”, or “CYL” or the “Company”) (TSX-V: CYL) (OTC: CYLYF) (FSE: CCY) announced today that it is ready to resume production at its K1 site, marking a return to normal operating levels pre-COVID 19 disruptions which interrupted mining activity twice in 2020/21.Ceylon Graphite is one of the few producing graphite companies in the world, outside of China and one of a very few with access to high grade vein graphite with average purity >90% Cg, a grade level which eliminates the need for an expensive primary upgrading plant commonly required for flake graphite found in most parts of the world.The Company has completed the planned upgrades to the shaft at the K1 mine. These include the installation of new structural supports in the development drifts (tunnels) to 160 feet, a new compressor and improvement to the ventilation systems within the K1 mine. The mine is now capable of achieving 5,000 tons of production per annum.“Production will scale over 2021 and beyond,” said Bharat Parashar, Chief Executive Officer and Board Chair of Ceylon Graphite. “The company expects, and has previously announced, it will reach a sustainable run rate of 5,000 tons per mine, with K1 being the first to hit that target.”The company also continues to develop its M1 and H1 mine sites, with both having already secured an exploration license. As previously announced the Company expects the M1 mine will achieve a full production license from the Geological Survey and Mines Bureau by Q3 of 2021. Drilling at the H1 site is in full swing with both drilling rigs in operation.Upcoming Virtual Conferences
Ceylon Graphite will be presenting at the following virtual investor conference in the next month and welcomes anyone interested to reach out for meeting requests and/or presentation details.Global Metals and Mining Investor Conference
18th February 2021
https://bit.ly/3cd9PaBO&M Town Hall Virtual Retail Event Webinar
February 25th, 2021Mines and Money Online Global Conference
March 23-25, 2021
https://minesandmoney.com/online/march/Qualified PersonDonald K.D. Baxter, P. Eng is a Qualified Person under National Instrument 43-101 and has reviewed and approved the geological information provided in this news release.About Ceylon Graphite Corp.Ceylon Graphite is a public company listed on the TSX Venture Exchange, that is in the business of mining for graphite, and developing and commercializing innovative graphene and graphite applications and products. Graphite mined in Sri Lanka is known to be some of the purest in the world and has been confirmed to be suitable to be easily upgradable for a range of applications including the high-growth electric vehicle and battery storage markets as well as construction, healthcare and paints and coatings sectors. The Government of Sri Lanka has granted the Company’s wholly owned subsidiary Sarcon Development (Pvt) Ltd. an IML Category A license for its K1 site and exploration rights in a land package of over 120km². These exploration grids (each one square kilometer in area) cover areas of historic graphite production from the early twentieth century and represent a majority of the known graphite occurrences in Sri Lanka.Further information regarding the Company is available at www.ceylongraphite.comBharat Parashar, Chairman and & Chief Executive Officer
[email protected]
Corporate Communications
+1(202)352-6022Neither TSX Venture Exchange nor its Regulation Services Provider (as that term is defined in policies of the TSX Venture Exchange) accepts responsibility for the adequacy or accuracy of this releaseFORWARD LOOKING STATEMENTS:This news release contains forward-looking information as such term is defined in applicable securities laws, which relate to future events or future performance and reflect management’s current expectations and assumptions. The forward-looking information includes statements about Ceylon Graphite’s grids, Ceylon Graphite’s plans to undertake additional drilling and to develop a mine plan, and to commence establishing mining operations. Such forward-looking statements reflect management’s current beliefs and are based on assumptions made by and information currently available to Ceylon Graphite, including the assumption that, there will be no material adverse change in metal prices, all necessary consents, licenses, permits and approvals will be obtained, including various Local Government Licenses and the market. Investors are cautioned that these forward-looking statements are neither promises nor guarantees and are subject to risks and uncertainties that may cause future results to differ materially from those expected. Risk factors that could cause actual results to differ materially from the results expressed or implied by the forward-looking information include, among other things, an inability to reach a final acquisition agreement, inaccurate results from the drilling exercises, a failure to obtain or delays in obtaining the required regulatory licenses, permits, approvals and consents, an inability to access financing as needed, a general economic downturn, a volatile stock price, labour strikes, political unrest, changes in the mining regulatory regime governing Ceylon Graphite, a failure to comply with environmental regulations and a weakening of market and industry reliance on high quality graphite. Ceylon Graphite cautions the reader that the above list of risk factors is not exhaustive.These forward-looking statements are made as of the date hereof and, except as required under applicable securities legislation, Ceylon Graphite does not assume any obligation to update or revise them to reflect new events or circumstances. All of the forward-looking statements made in this press release are qualified by these cautionary statements and by those made in our filings with SEDAR in Canada (available at www.sedar.com) 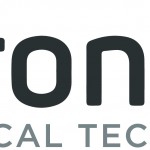 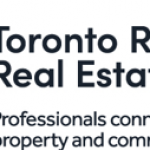