CALGARY, Alberta, June 26, 2020 (GLOBE NEWSWIRE) — Champion Bear Resources Ltd. (TSXV: CBA-V) (“Champion Bear” or the “Company“) announces today the resignation of KPMG LLP (the “Former Auditor“) as auditor of the Company and the appointment of BDO Canada LLP (the “Successor Auditor“) of Calgary, Alberta as auditor for the Company effective June 22, 2020 until the close of the next annual general meeting of the shareholders of the Company.
There were no reservations in the Former Auditor’s reports in connection with the financial statements of the Company since the Former Auditor’s appointment; and any periods subsequent for which an audit report was issued and preceding the effective date of expiry of the Former Auditor’s term of office.The Company confirms that there have been no reportable events as defined in the National Instrument 51-102 and, in its opinion, there are no reportable events pending.The Company and the Board of Directors would like to extend their thanks to KPMG LLP for their auditing services to date.About Champion BearChampion Bear is a mineral exploration company focused exclusively on the historically prospective regions of Ontario. The Company’s primary targets are platinum group metals, precious metals, and polymetallic base metals deposits. The Company has assembled a large land position in the Dryden and Sudbury areas, totaling over 16,000 hectares. Additional information about Champion Bear can be found on the Company’s website at www.championbear.com and on SEDAR at www.sedar.com. For further information, please contact: Richard D. Kantor, Chairman and President of Champion Bear at phone: (403) 229-9522.NEITHER TSX VENTURE EXCHANGE NOR ITS REGULATION SERVICES PROVIDER (AS THAT TERM IS DEFINED IN POLICIES OF THE TSX VENTURE EXCHANGE) ACCEPTS RESPONSIBILITY FOR THE ADEQUACY OR ACCURACY OF THIS RELEASE. 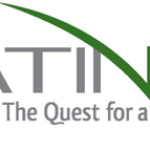 Platinex Inc. Announces A Delay In Filing Its Executive Compensation Disclosure Due To Delays Caused By COVID-19