Changes to the Alphabet

CBJ — Big changes are happening at Alphabet, the parent company of search engine giant Google, which of course has since branched off into many other technical areas, making it one of the largest companies in the world.

Google co-founders Larry Page and Sergey Brin are stepping aside as leaders of the transformational company they founded 21 years ago.

Sundar Pichai, who has run the core Google search business since 2015, will immediately take the reins as CEO of parent Alphabet.

Page and Brin, both 46, remain directors of the parent company but will cede their respective CEO and president titles immediately. The president’s role will not be filled. Together the two co-founders still control about 52% of the company through their ownership of preferred shares.

Alphabet, which owns more than a dozen companies including self-driving car business Waymo and health care software company Verily, was created in 2015 as part of a restructuring. The Google unit retained control of major businesses including video giant YouTube, the Android smartphone software and hardware operations, and cloud computing. 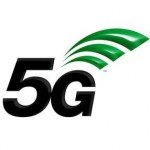