VIEW BROCHURE
A Discovery Story with a Hedge

The 2008 global economic downturn took a major toll on a sizable portion of the worldwide minerals and mining industry and its lingering effects continue to loom large, especially for many junior exploration companies that are still finding it difficult to obtain investment money. One company that has managed to buck the prolonged downturn and attain a great deal of success is Toronto-based Chilean Metals Inc., a junior mining company focused primarily on exploration for iron oxide copper gold (IOCG) deposits in Chile and Nova Scotia.

The Canadian Business Journal recently spoke with Patrick Cruickshank, President & CEO at Chilean Metals from his office in Texas. A Canadian, Cruickshank joined the company about a year ago but has spent the better part of the last 20 years living in the U.S. He and Chairman Terry Lynch are the two men leading the team’s endeavours with Lynch stationed out of the Toronto office. The company was formerly known as International PBX Ventures Ltd. but changed its name to Chilean Metals Inc. in February 2014.

Chilean Metals is engaged in exploring for gold, silver, copper and iron on its various properties located in Chile. The company holds title to over 100 mineral claims totaling approximately 19,720 hectares. These claims consist of over five properties, all of which are 100% owned: Tierra de Oro, Palo Negro, Hornitos, Tabaco and Zulema.

“Chilean Metals was the first mining company ever listed on the Santiago Stock Exchange,” begins Cruickshank.

Over the past four to five years Chilean Metals acquired property in Chile, where almost 50% of the entire world’s copper is found.

“Everyone is very bullish right now on the industrial commodities and base metals with the environmental and infrastructure pushes by the U.S., China and India,” continues Cruickshank.

It’s an opportune time for Chilean Metals with a global shortage of base metals at the moment.

“Even our neighbours at Candelaria are half done. Iron oxide copper gold (IOCG) mines are enormous but it’s been mining for 25 years. It was just bought a few years ago for $2 billion,” says Cruickshank.

As the executive managers at Chilean Metals, Lynch and Cruickshank assembled one of the best IOCG technical advisory teams, stocked with seasoned veterans, all of whom have more than 30 years in the business and a deep-rooted knowledge of old-school geology. They took about six months getting ready for the drill program which started in January 2015.

The Zulema property is road accessible and ideally located at low elevations of less than 400 metres, 30 kms from the mining town of Copaipo, 15 kms from both the Pan-American Highway and Chile’s main northern power grid, and 25 kms from the coast.

“We’ve accomplished a lot in the past 12 months, which includes acquiring four properties in Nova Scotia Canada to go along with our five properties in Chile. We’re in the middle of a drill program at the moment and are about 75% through Stage 1,” reveals Cruickshank.

A notable benefit is that the Chilean tax laws, rules and regulations are very business friendly to foreign companies. In fact, Cruickshank says Chile is by far the strongest jurisdiction in all of South America. Multibillion-dollar international players such as Lundin, Tech and Vale all have a notable presence in the country, which is largely due to optimal mining laws that protect international enterprises. Chile’s democratic politics and stable currency also provide confidence for companies looking to do business there, where 50% of the country’s GDP is mining related. Other than Peru, Cruickshank says other countries in South America simply pose too many jurisdictional and geopolitical risks and nationalization issues to consider starting up operations.

At Zulema, Cruickshank and his team are in the midst of a 12-hole drill program over two square kilometres. Now nine holes into the endeavour they’ve told the drillers to take a break so the geologists and geophysics teams can catch up and provide a detailed interpretation analysis as they move along.

“We’ve got quite a lot of copper gold in the system; 99 metres in one drill hole; another has 15 metres. It’s littered throughout. We’re very excited. We’ve talked to major companies and they are excited for us,” says Cruickshank.

In addition to Chile, the company holds significant properties in Nova Scotia, which gives Chilean Metals an active portfolio for 12 months of the year. The southern hemisphere is just finishing its summer season and heading into winter. When the snow leaves Nova Scotia the program starts back up in Eastern Canada with a drill program in June and July. It’s believed there is a sizable amount of IOCG in Nova Scotia based on findings over the past seven or eight years.

Any successful mining team needs to blend multiple skillsets, including the old-school geology veterans and new school ideologies with younger workers and their abilities to generate data on computers.

The next couple of years are going to be extremely busy for the team at Chilean Metals. With the system now suitably proven they will now seek to find the main mineral deposit on Zulema. Options for the future would be to joint venture the project; sell it; or take it all the way to pre-feasibility.

A game-changer for Chilean Metals is that the company has a hedge – a royalty – on a property that Teck Resources Limited is running. Chilean Metals will receive cash flow from its ownership of a 3% net smelter return royalty on future production from the Copaquire Cu-Mo deposit.

“They have a $400 million a year mine. When we sold that property we retained a 3% royalty and expect it will kick in within the next 12 to 18 months and that’s huge for us because all of a sudden we will have an income stream that most juniors don’t have,” explains Cruickshank.

For Chilean Metals the royalty could mean anywhere from $6 million to $8 million a year, and that’s without the price of copper increasing. Cruickshank says he and Lynch are often approached about selling that royalty, but it’s a huge hedge for their investors and will remain in their hands – and with good reason. 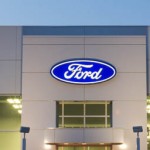 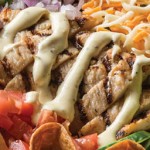