TORONTO, Sept. 26, 2019 (GLOBE NEWSWIRE) — Marcel Wieder, President and Chief Advocate at Aurora Strategy Group is pleased to welcome the addition of Chris Collins to the team. “We are delighted that Chris is joining Aurora. His years of provincial and municipal politics will benefit clients,” said Wieder. “Chris’ deep knowledge of Atlantic issues will provide Aurora with additional depth.”
“I look forward to working with the team at Aurora,” said Collins. “This is an opportunity to build a practice here in Atlantic Canada and be part of a larger team that can help serve clients both locally and nationally. I think this is going to be a great fit.”“Since leaving politics I have looked for something that will harness my extensive experience as Speaker, former Cabinet Minister and City Councillor,” Collins stated. “Joining Aurora allows me to continue advocating on behalf of the people, businesses and organizations that I have worked with over the years.”Collins is the former Speaker of the New Brunswick Legislative Assembly and former Minister of Local Government. As a three term Member of the Legislature for Moncton, Collins has served in various roles from Government Whip to Chair of the Provincial Wellness Strategy to Cabinet Minister. During his term in Opposition he held several critic portfolios including Education, Justice and Office of the Attorney General, Energy and Mines and Post Secondary Education. He also holds the distinction of guiding several Private Members Bills into law and having two Private Members motions pass in the House while sitting on the Opposition side.Before entering politics at the provincial level, Collins served as a Moncton City Councillor and was responsible for changing the way we look at cosmetic pesticides. Later, while serving in the Legislature he brought in the toughest pesticide regulations in Canada.Collins is well known in the parliamentary system across Canada as former Speaker of the Legislature in New Brunswick where he also acted as President of the Canadian Parliamentary Association and later the first President of the Speakers of Canada Association. As Speaker, Collins became quickly known for requiring the return to civil debate in the Legislature while eliminating heckling on the floor of the Legislature.Before entering politics Collins held various sales roles in the packaged goods industry for companies like Clairol, L’Oreal, Alberto-Culver and General Mills Canada over a 24-year period.Collins, in honour of his late son Sean, is a warrior against children’s cancer. He was recently elected the National Chair of Ac2orn (Advocacy for Canadian Children’s Oncology Research Network) and has been a national rider in the Sears National Kids Cancer ride in 2013 (Vancouver to Halifax) and Winnipeg to Halifax in 2016.Aurora Strategy Group is a public affairs, government and public relations firm based in Toronto and Moncton.For more information:
Chris Collins
506-875-0467
chris@aurorastrategy.comMarcel Wieder
416-907-2126
marcel@aurorastrategy.comA photo accompanying this announcement is available at https://www.globenewswire.com/NewsRoom/AttachmentNg/c3b32586-d284-470d-9dde-b5cddae845d6
CBJ Newsmakers 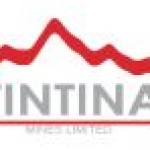 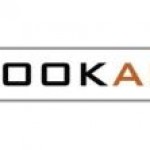