EDMONTON, Alberta, Dec. 2, 2015 (GLOBE NEWSWIRE) — NAEJA Pharmaceutical, Inc., a pharmaceutical drug discovery and development company headquartered in Edmonton, Alberta, Canada, announced today that its chief executive officer, Christopher G. Micetich, was presented with the EY Entrepreneur Of The Year™ Special Citation for Entrepreneurial Perseverance. Mr. Micetich, who earlier received the EY Entrepreneur Of The Year® 2015 Prairies Business to Business Products and Services Award, was selected by the judging panel to receive this citation at the national awards ceremony in Toronto.“Over the last few months, I have been honored to receive awards from EY, ASTech and BioAlberta on behalf of companies I’ve founded, including NAEJA Pharmaceutical. This most recent award for entrepreneurial perseverance, however, is personally very gratifying, as it recognizes my many successful ventures,” commented Mr. Micetich. “My entrepreneurial drive does not only manifest itself in the founding of companies, however. At NAEJA, for example, I’ve worked to grow the firm into one of the most successful life sciences companies in Canada. NAEJA not only provides contract services to pharmaceutical companies around the world, but conducts its own proprietary research. I continue to look for opportunities to grow NAEJA’s business by expanding into new markets and encouraging research into new areas that might yield important new pharmaceuticals.”Christopher Micetich is currently the chief executive officer of NAEJA, a company he formed in 1999 in part from the assets of SynPhar Laboratories Inc., a joint venture with Taiho Pharmaceuticals Inc. From 1987-1999, as chief operating officer of SynPhar, Mr. Micetich grew the company from four to 65 employees. In 1998, Mr. Micetich founded an independent contract chemistry company called DrisCorp Inc. The following year, he orchestrated an acquisition of all assets of SynPhar from Taiho, which were merged into the newly created NAEJA Pharmaceutical Inc. In October 1999, he merged DrisCorp into NAEJA, which emerged with contract revenue generation, world class staff, strong patent estate and state of the art equipment. In 2011, Mr. Micetich founded Fedora Pharmaceuticals, a private company focused on developing a family beta-lactamase inhibitors that had been in-licensed from NAEJA and later out-licensed to F. Hoffmann la Roche in a US$750 million deal. Mr. Micetich remains president and CEO of Fedora Pharmaceuticals. Earlier in his career, Mr. Micetich founded Windjammer Java Roasters Inc., a specialty coffee roasting company, and The Brass Dome Group Inc., which provides business consulting services. Mr. Micetich graduated from the University of Alberta in 1986.About EYEY is a global leader in assurance, tax, transaction and advisory services. For more than 150 years in Canada, EY has delivered the insights and quality services that help build trust and confidence in capital markets here and in economies the world over. EY aims to play a critical role in building a better working world for our people, for our clients and for our communities.EY refers to the global organization and may refer to one or more of the member firms of Ernst & Young Global Limited, each of which is a separate legal entity. Ernst & Young Global Limited, a UK company limited by guarantee, does not provide services to clients. For more information about our organization, please visit ey.com.About NAEJANAEJA is a privately owned pharmaceutical drug discovery and development company headquartered in Edmonton, Alberta, Canada.  The company was established in 1987 (earlier known as SynPhar laboratories Inc.) and employs over 50 scientists, of whom 90% hold Ph.D. degrees.  NAEJA has an extensive track record of drug discovery and development in many disease areas including infectious diseases, inflammation, cancer, cardiovascular disease and diseases of the central nervous system.  NAEJA collaborates with major pharmaceutical and biotechnology companies worldwide.  For more information on the company, please visit www.NAEJA.com. Dr. Sameeh M. Salama
NAEJA Pharmaceutical, Inc.
780-989-9826 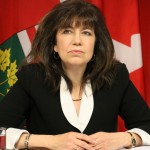