CIBC’s bottom line was aided by its acquisition of Chicago-based PrivateBancorp early last summer, which helped drive profits at its U.S. operations.

CIBC’s U.S commercial banking and wealth management arm saw net income in the second quarter skyrocket by more than 430% to $138 million. It was boosted by the acquisition of PrivateBancorp, which closed in June last year and was later rebranded as CIBC Bank USA.

CIBC’s spot mortgage balance for the second quarter was $203 billion, up 6.8% from a year ago.

Uninsured residential mortgages at CIBC were $7 billion, down from $11 billion a year ago. 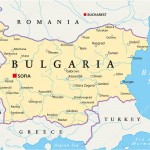