OTTAWA, May 19, 2021 (GLOBE NEWSWIRE) — A leading advocate for better broadband is proud to announce that Canadians have conducted over one million speed tests through performance.cira.ca. Fast, reliable internet access became a critical lifeline for people across the country since the pandemic forced millions of Canadians to work, learn, and socialize online. As a result, the Ottawa-based Canadian Internet Registration Authority (CIRA) has seen a massive surge in Internet Performance Tests over the past year.

“Your speed has a lot to do with where you live. In general, rural folks are stuck with inferior service. Over the past year, Canadians struggling with slow internet flocked to performance.cira.ca to find out what was going on, while urban users checked whether they should upgrade their package. The pandemic has proven that access to fast internet is essential, but it has also shown us how uneven it is. We need to bridge this digital divide as soon as possible.”

Over a million tests have been conducted by nearly 265,000 unique users since the program was launched in 2015. The number of tests has recently almost tripled to 323,710 tests annually. Communities, organizations, and individual users have used this trove of data to check their speeds, heatmap local connectivity, and advocate for better broadband. CIRA has partnered with organizations covering more than 1,000 rural, remote, and Indigenous communities in Canada.

About CIRA’s Internet Performance Test
CIRA’s Internet Performance Test is one of the most advanced tests of internet speed and quality available and has the public interest at its core. The test nodes are located in internet exchange points in Tier 1 Canadian cities, rather than within an ISP’s own network architecture. This allows CIRA to measure the actual performance of an internet connection to an “off-net” server in real network conditions, closely representing the true internet experience of Canadian users. To assess internet performance, CIRA uses the Network Diagnostic Test (NDT) developed by M-Lab. The platform allows Canadians to test the quality of their internet connections – including metrics for speed, latency, jitter, and packet loss. Canadians have performed over 1,000,000 tests on the platform since May of 2015.

About the Canadian Internet Registration Authority
CIRA is a member-based, not-for-profit organization best known for managing the .CA top-level internet domain name on behalf of all Canadians. While CIRA’s core mandate is the safe, stable, and secure operation of the .CA domain and its underlying technologies, the organization also connects, protects, and engages the internet community in Canada and beyond by providing high-quality registry, DNS, and cybersecurity services. 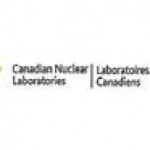 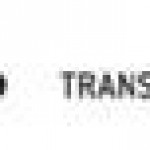